You Are Here: Home → A Better Round for Jordan Spieth Is Not Enough 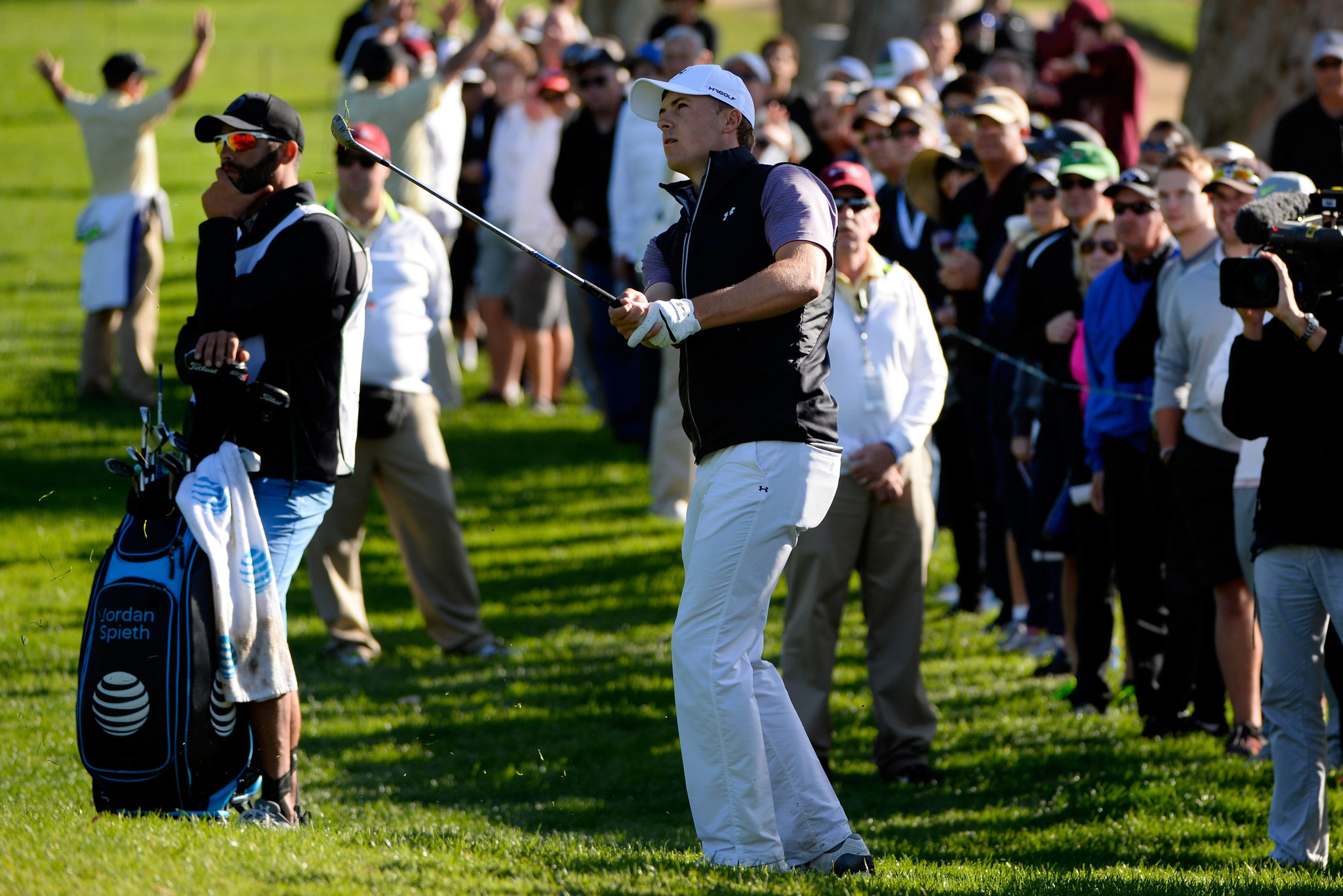 A Better Round for Jordan Spieth Is Not Enough 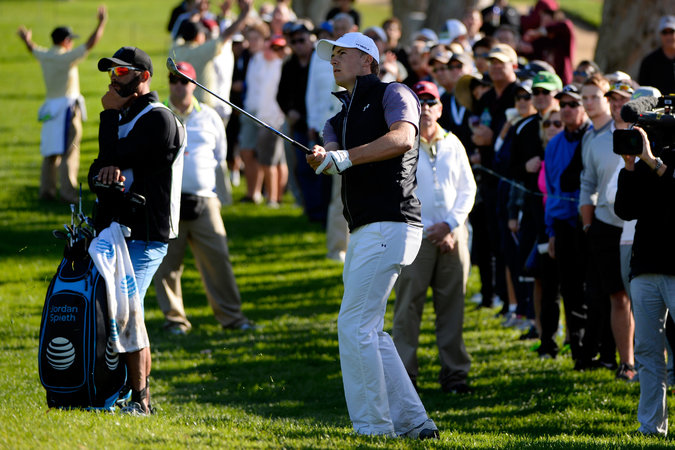 Jordan Spieth taking a shot at the Northern Trust Open on Friday.

LOS ANGELES — As he stepped down from the interview stand, Dustin Johnson ran into Jordan Spieth, who was on his way to address reporters. Johnson asked Spieth how he had played.

“Better than yesterday,” Spieth said, to which Johnson impishly replied, “That wasn’t hard to do.”

On Friday afternoon at the Northern Trust Open, Johnson and Spieth were headed in opposite directions. After carding a five-under 66 for a two-day total of eight-under, Johnson was an early 36-hole leader. Spieth, who chased his opening 79 with a 68, was expected to make an early exit from the tournament at five over par.

The top-ranked Spieth had to take solace in bettering his stroke average of 69.4 in his previous two pro appearances at Riviera Country Club.

“Coming into the day, the hardest part is trying to make enough birdies, and I did that,” Spieth said. “Just too…