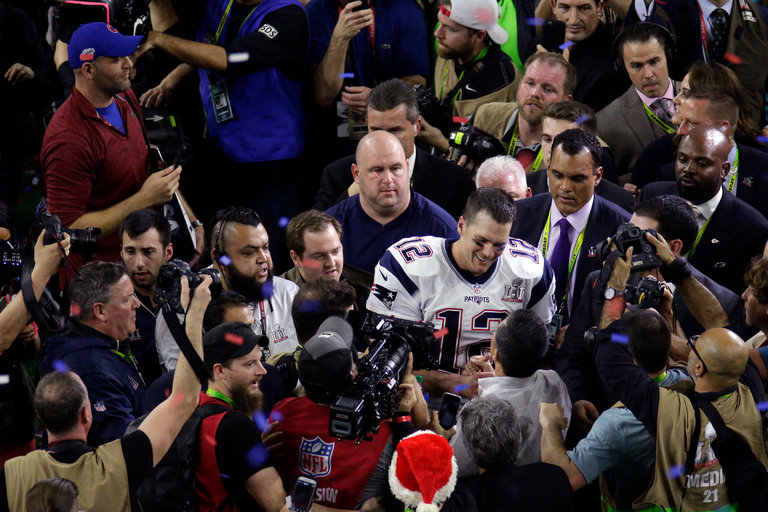 One of the last known sightings of Tom Brady’s game-day jersey from the Super Bowl.

Credit
A J Mast for The New York Times

How much is that missing Tom Brady Super Bowl jersey worth, anyway?

According to the official police report, half a million dollars.

The jersey Brady wore in the game vanished after the Super Bowl, leading to a deluge of press attention and a promise from the Texas lieutenant governor that the state would do all it could to recover it.

The report by the Houston police lists the jersey as stolen property in the category “shirt/blouse/T-shirt.” That is followed by an eye-opening figure under “value”: $500,000. The amount is pertinent because, as the report notes, $300,000 or more makes the potential crime a first-degree felony.

The Houston police told TMZ that the figure was determined by the complainant — Brady, “or one of his people.”

Tom Brady is listed on the report as the complainant, and his vitals of 6 feet 4 inches and 225 pounds are duly noted.

A Houston Police Department spokesman did not immediately return a call for comment.