You Are Here: Home → A Yankees Rookie Opens the Door for Himself by Closing Out a No-Hitter 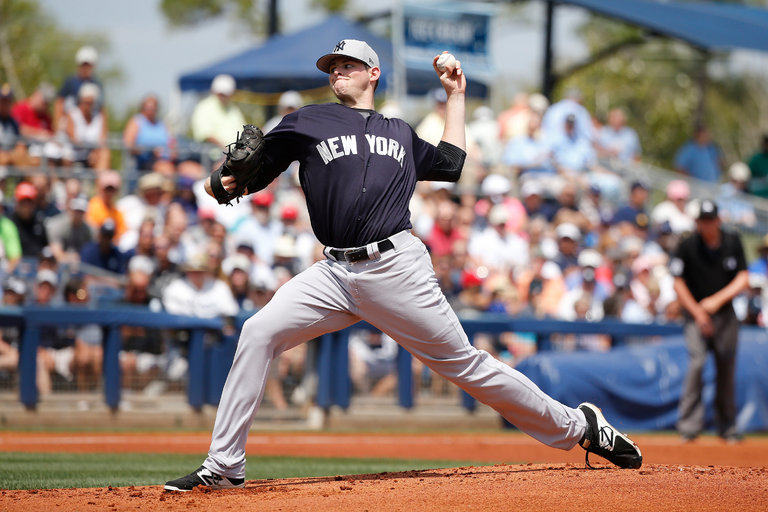 PORT CHARLOTTE, Fla. — Most days, Yankees Manager Joe Girardi begins work by flipping open his laptop and watching fresh video of players in the Yankees’ minor league system. Girardi likes to follow the progress of prospects, and last year he saw just enough of a tall left-hander named Jordan Montgomery to be intrigued.

Seeing Montgomery pitch in person this spring as a nonroster invitee piqued Girardi’s interest even more. So when none of the five candidates for the final two spots in the starting rotation — the right-handers Luis Severino, Luis Cessa, Bryan Mitchell, Adam Warren and Chad Green — stood out, Girardi decided to give Montgomery a start on Thursday.

“We were curious,” he said.

With the wind blowing in at Charlotte Sports Park, and facing a lineup made up mostly of Tampa Bay’s regulars, Montgomery, 24, excelled.

Mixing a sinking fastball with a curve, a slider and a changeup, the 6-foot-6…