Still, the transition from serious competitor to performer can be challenging. As if it were not hard enough to nail a somersault on a trampoline, try doing it while in character — perhaps as a cricket, with six legs.

To prepare for a role in such a costume in “Ovo,” in which most of the characters are bugs, Brearley did what any self-respecting actor would do: He consulted YouTube.

“I saw this video, ‘crickets fighting,’” he said. “I thought it would be the most amazing video, but it was the most boring video I’ve ever seen. They kind of crawled over each other, and it took all of five minutes. But it taught me something.

“Insects sit there until it’s time to frighten the hell out of you,” he continued. Actors, on the other hand, think “doing nothing is wrong, so they tend to do too much.” 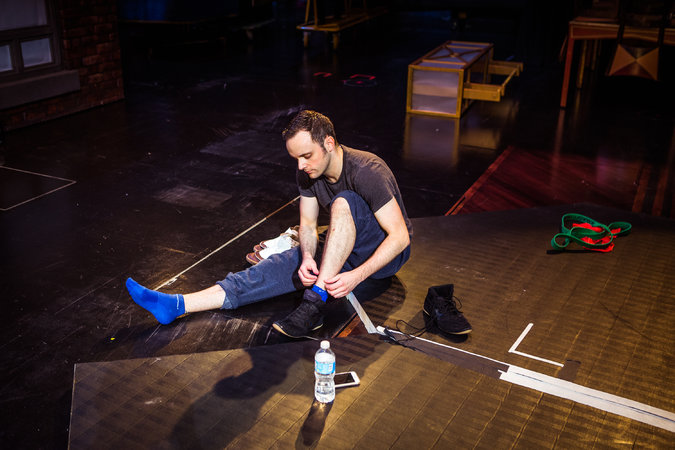 For athletes like Brearley, Cirque often provides a career second act. “That space is an amazing environment that I can’t find anywhere else in the world,” a former synchronized swimmer said.