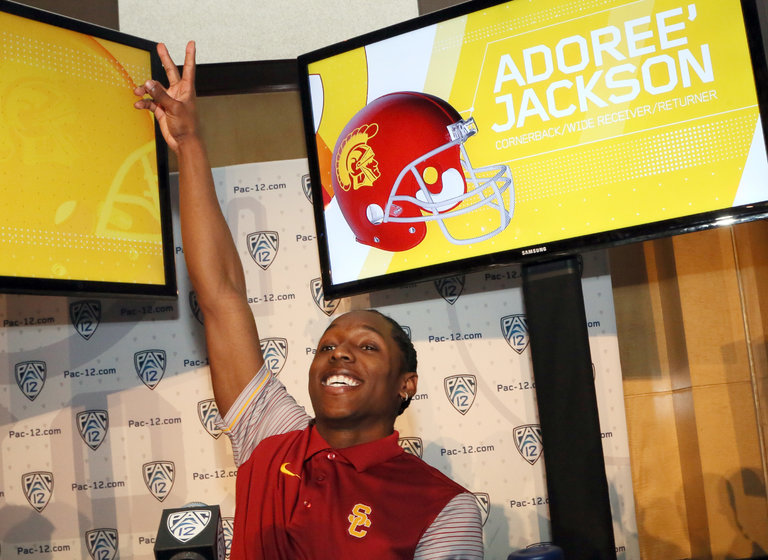 Adoree’ Jackson, a jack-of-all-trades for the U.S.C. football team, signaled to Coach Clay Helton at the Pacific-12 Conference media day in Los Angeles on Thursday.

LOS ANGELES — Adoree’ Jackson had to change some routines in order to go from the football field to the track, but there was one thing he could not give up: McDonald’s.

Jackson, Southern California’s multipurpose football star, attempted a run at the Rio Olympics this spring by forgoing spring ball and instead competing in track and field, but he never quite learned how to eat like a sprinter. Jackson refused to give up McDonald’s, much to the chagrin of the U.S.C. track coaches.

Jackson will return to U.S.C….