You Are Here: Home → After Another Knee Injury, Derrick Rose Faces Grim Future With Knicks 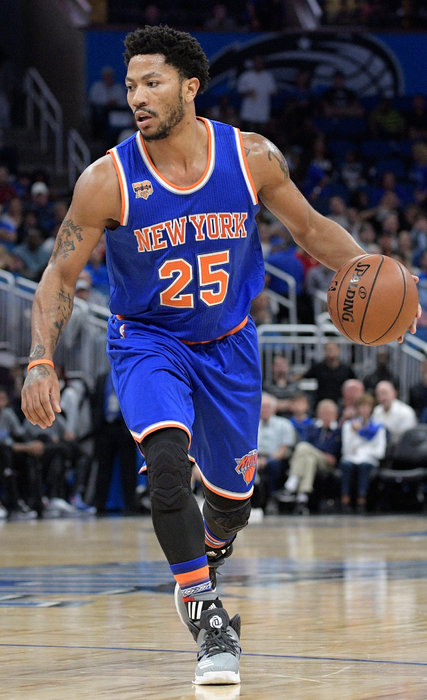 Derrick Rose averaged 18 points and 4.4 assists per game in his first season with the Knicks, which may very well be his last.

Derrick Rose entered this season with unbridled optimism. The Knicks, he believed, were one of the “super teams” dotting the N.B.A. landscape, even if just about everyone not associated with the club scoffed at that notion.

But not Rose. Healthy again after several injury-riddled seasons in Chicago, he would prove, in his first season with the Knicks, that he could reclaim his mantle as one of the league’s top point guards. And he would lead his teammates deep into the postseason.

He was not necessarily bragging, just projecting real confidence that things would go well.

They have not. And in a season that has gone sideways, backward and anywhere but forward for the Knicks, Rose has become the latest casualty. He was ruled out for the season on Sunday after a magnetic resonance imaging test revealed that he had sustained a torn meniscus in his left knee that would require surgery, with weeks of…