You Are Here: Home → After Coming Up Short, Indians Open Wallet to Add Edwin Encarnacion 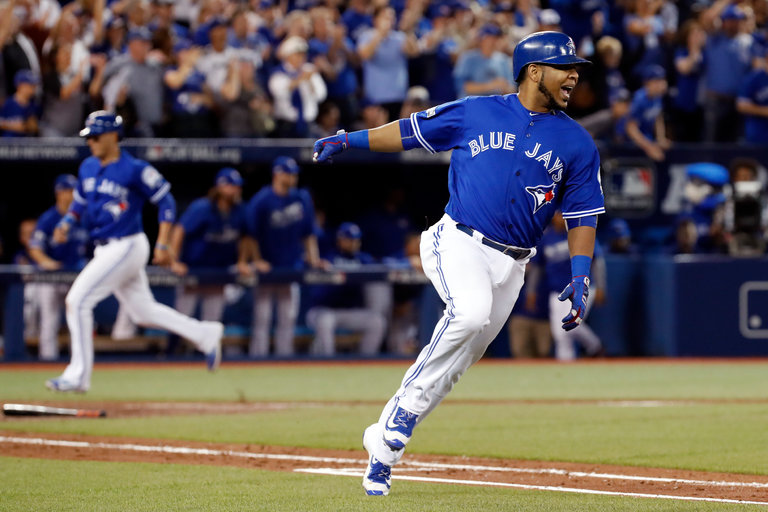 Edwin Encarnacion celebrating his two-run double for Toronto in Game 4 of the American League Championship Series. He signed a contract with the Cleveland Indians for a minimum of three years at $55 million.

The Cleveland Indians, a small-market team that came within one victory of a World Series title last month, have now added significant firepower to their lineup. And they did it, in what probably amounts to a surprise, by finding a way to reach an agreement with the right-handed slugger Edwin Encarnacion, one of the top free agents this winter.

The deal, seen across the sport as a coup for the small-revenue Indians, is for three years at $55 million. With a $5 million buyout for a 2020 team option, Encarnacion, who will be 34 next month and has been one of the sport’s best power hitters over the past five years, is guaranteed $60 million over three years, said a baseball person with direct knowledge of the deal, who spoke on the condition of anonymity.

If the Indians pick up the option, $25 million for…