You Are Here: Home → After the Champagne, Compliments Flow Theo Epstein’s Way 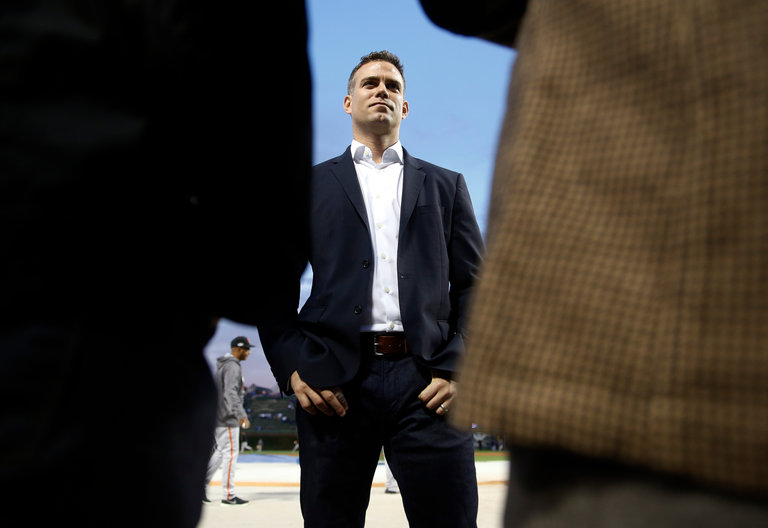 Theo Epstein, the Chicago Cubs’ president for baseball operations, at Wrigley Field on Oct. 7, before the Cubs’ first playoff game. Epstein is attending the annual meeting of baseball’s general managers.

In early November 2004, Theo Epstein walked into a small, wood-paneled bar in a South Florida hotel that was hosting baseball’s annual general managers’ meeting. He proceeded to quietly receive handshakes and congratulations from many of his peers in the industry.

Epstein was only 30 then, but he had just been part of a historic moment. The Boston Red Sox, whom he presided over as general manager, had rallied from a three-games-to-none deficit to beat the Yankees in the American League Championship Series. Then they had won the World Series for the first time in 86 years.

While the handshakes from the other baseball executives in South Florida did not quite compare to the Champagne-drenched celebrations that accompanied Boston’s stunning accomplishment, they were satisfying nonetheless.

On Monday in Scottsdale, Ariz., Epstein…