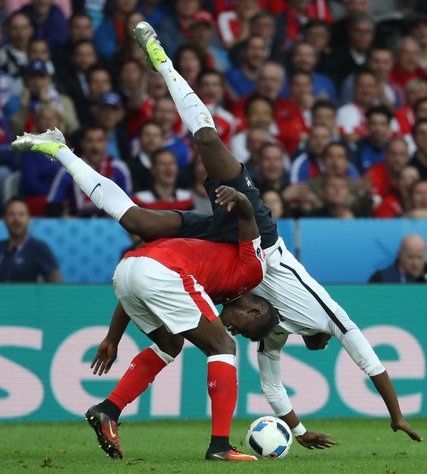 Albania preserved its hopes of qualifying for the knockout stages of the European Championships with a 1-0 victory over Romania in Lyon, France, on Sunday, eliminating its opponent.

The Group A victory catapulted Albania into third place, above Romania, in the group rankings. The team must wait until the group stage has been completed before it finds out whether it will be one of the four third-place teams that will make it to the round of 16.

Armando Sadiku scored the only goal in the match, in the 43rd minute. It was the first goal Albania had scored in an international tournament. Ledian Memushaj picked out Sadiku drifting at the far post with a well-placed cross that the striker coolly nodded back over Romania goalkeeper Ciprian Tatarusanu, who had left his line.

After going without a goal in two hard-fought losses to Switzerland and France, Albania stuck to its defensive approach. Romania failed to…