You Are Here: Home → Andrew Miller, Demoted After a Strong Season, Isn’t Fazed 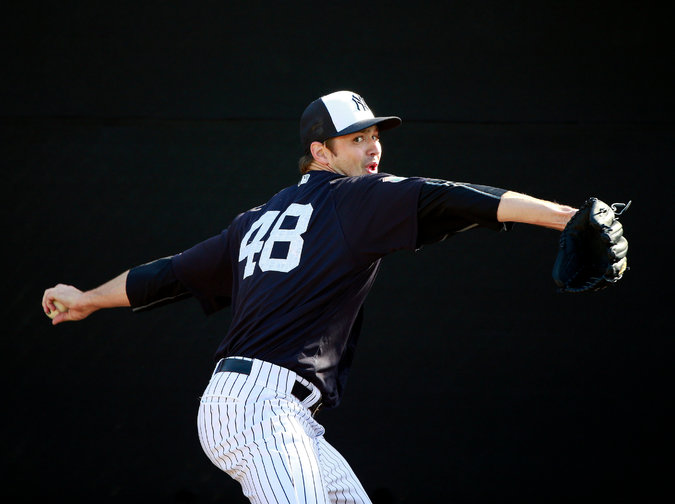 Andrew Miller was named the American League relief pitcher of the year last season after recording 36 saves for the Yankees.

TAMPA, Fla. — Since Andrew Miller arrived in New York a year ago, he has been a model employee.

He cut his shoulder-length hair and cost the Yankees $10 million less than David Robertson would have — and, because Robertson left in free agency, Miller effectively netted them a first-round draft pick. He also short-circuited any controversy by saying after his arrival last February that it would not bother him if Dellin Betances, the young All-Star setup man, were named the closer.

Then Miller delivered a market-crushing early return on his four-year, $36 million contract by pitching so well as the Yankees’ closer that he was named the American League relief pitcher of the year.

His reward for all this?