You Are Here: Home → Appreciation: Bartolo Colon leaves behind a legion of adoring fans Appreciation: Bartolo Colon leaves behind a legion of adoring fans

This may be the end of the line for Bartolo Colon, who was designated for assignment by the Braves.
USA TODAY Sports 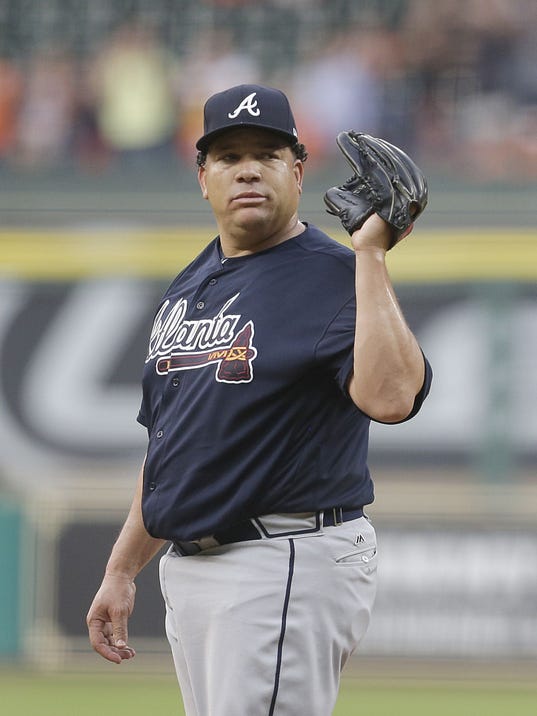 During his two seasons with the Oakland Athletics, 2012 and 2013, Bartolo Colon would draw a different design on a ball after every game he won, always with the final score included, and give it to a member of the training staff.

Not quite Picassos, the doodled balls reflected the veteran right-hander’s artistic touch – as well as the pitching skill he retained well into his 40s. He won 28 games in those two years, half of them after celebrating his big four-oh, and that total grew by another 46 in later seasons.

That remarkable run ended Thursday when the Atlanta Braves designated Colon for assignment after waiting half a season for him to recapture anywhere near the form he showed as a 2016 All-Star with the New York Mets.

That he would fail to do so – going 2-8 with a major league-worst 8.14 ERA in 13 starts with the Braves – comes as a much smaller surprise than his ability to thrive at the game’s highest level for such a long time,…