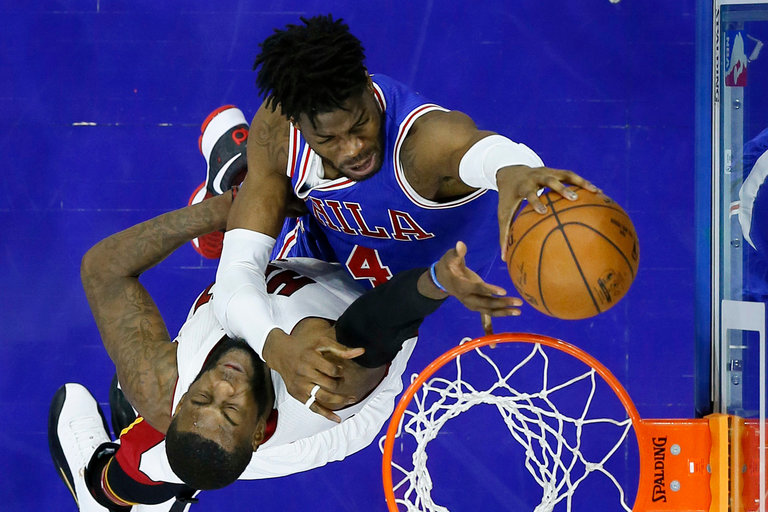 The Sixers sent Nerlens Noel, top, a promising post defender, to the Mavs in a deal that included a protected first-round pick.

In the absence of any blockbuster deals before the N.B.A.’s trade deadline on Thursday afternoon, several teams made moves that seemed unlikely to upend the league’s power structure.

The splashiest deal happened Sunday, when the Sacramento Kings traded DeMarcus Cousins, their All-Star center, to the New Orleans Pelicans. By Thursday, though, all was relatively quiet. The Knicks’ Carmelo Anthony, the Indiana Pacers’ Paul George and the Chicago Bulls’ Jimmy Butler — three of the biggest names involved in trade speculation in recent days — remained with their current teams.

The Boston Celtics, the second-place team in the Eastern Conference, were believed to be interested in George, a four-time All-Star and one of the top forwards in the league. But the Celtics were unwilling to part with their first-round pick in this year’s draft — a pick that could be the top overall selection.