At 0-4, the Browns Are Alone at the Bottom 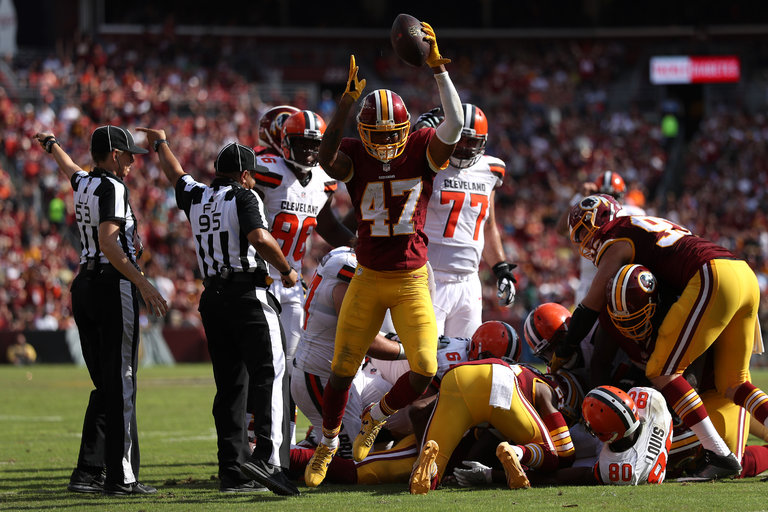 The Redskins’ Quinton Dunbar, center, after recovering a fumble against the Browns on Sunday in Landover, Md.

On Sunday at 1 p.m. Eastern, Tom Brady will make his long-awaited return to the New England Patriots after a four-game suspension for his role in the Deflategate scandal.

He has not been allowed to practice with the team during that time (though he has tossed the ball with his wife, Gisele Bündchen). There is a real concern about rust.

And the Patriots looked flat-out bad Sunday. Playing behind their third-string quarterback, Jacoby Brissett, they were shut out for the first time in almost 10 years, losing to the Bills, 16-0. Could the Patriots be in for another loss this week?

No. They are playing the Browns.

Cleveland was 3-13 last year. This year, finishing with three wins seems optimistic. Understandably, the Browns are 10 ½-point underdogs to the Patriots, even though they will be playing at home.

Every game has brought another way to lose. In Week 1, the Browns were crushed by the Eagles, who were led by a rookie…