You Are Here: Home → At Wimbledon, Venus Williams Is Back in a Grand Slam Semifinal At Wimbledon, Venus Williams Is Back in a Grand Slam Semifinal 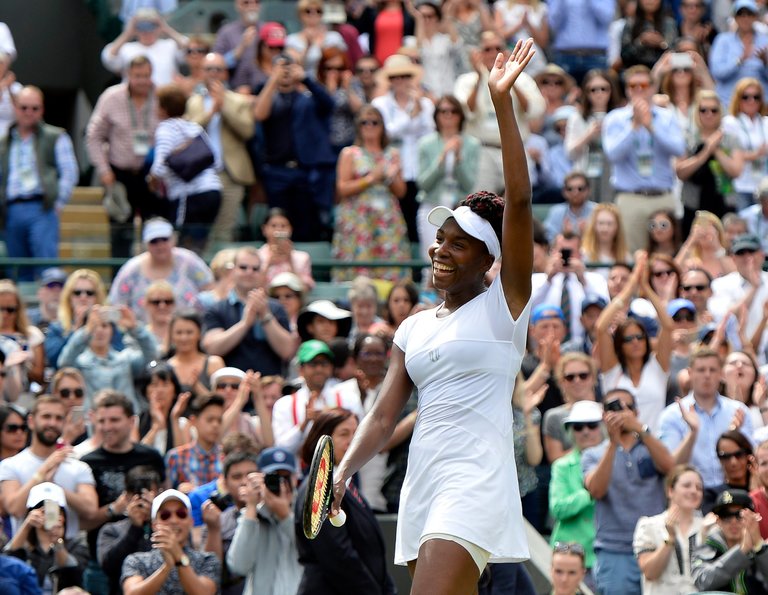 Venus Williams advanced Tuesday to a Grand Slam semifinal for the first time since the 2010 United States Open.

WIMBLEDON, England — After her first-round match at Wimbledon last week, Venus Williams was asked if she ever thought she would still be engaged in tennis at age 36.

“I don’t think anyone feels older,” she said. “You have this infinity inside of you that feels like you could go forever. That’s how I feel on the court. As long as I’m halfway decent, can get my racket on the ball, I think I can make something happen.”

This year, in her 19th Wimbledon and 71st Grand Slam appearance, the seeming infinity of Williams’s career was in evidence. In the third round, she beat 19-year-old Daria Kasatkina, who was born only a few months before Williams played her first Wimbledon in 1997.

In a news conference after her fourth-round victory Monday, Williams made a reference to “women’s tennis in the last 20 years,” and it was almost jarring to realize she had, in fact, been playing on tour for all 20 of…