Messi was also instrumental when Barcelona doubled its lead after 20 minutes. He robbed the ball from Cesc Fabregas close to the midfield line, powered his way down the left side of the field, sailing past both Andreas Christensen and César Azpilicueta, and then crossed to Ousmane Dembélé, who was unmarked on the other side of the field after a 60-yard sprint. The young French forward fired a thumping shot past Courtois. It was Dembélé’s first goal for Barcelona, confirming his return to form after a mostly frustrating debut season for the Catalan club in which he was long sidelined by injury problems. 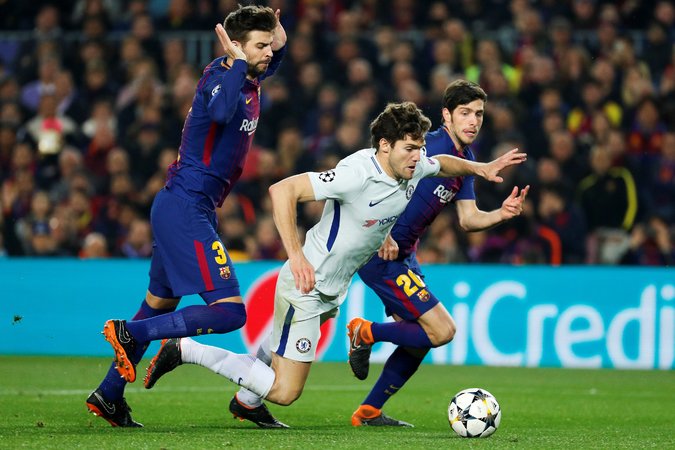 Chelsea appealed for a penalty when Marcos Alonso tumbled under a challenge from Gerard Pique in the second half, but the referee didn’t give it.

To its credit, Chelsea didn’t surrender to Messi and controlled the game for a long spell after Barcelona’s second goal, with Willian, the Brazilian midfielder, displaying the acceleration and power that made him Chelsea’s biggest threat in the first leg….