You Are Here: Home → Baseball Bans Dressing Rookies Up as Women 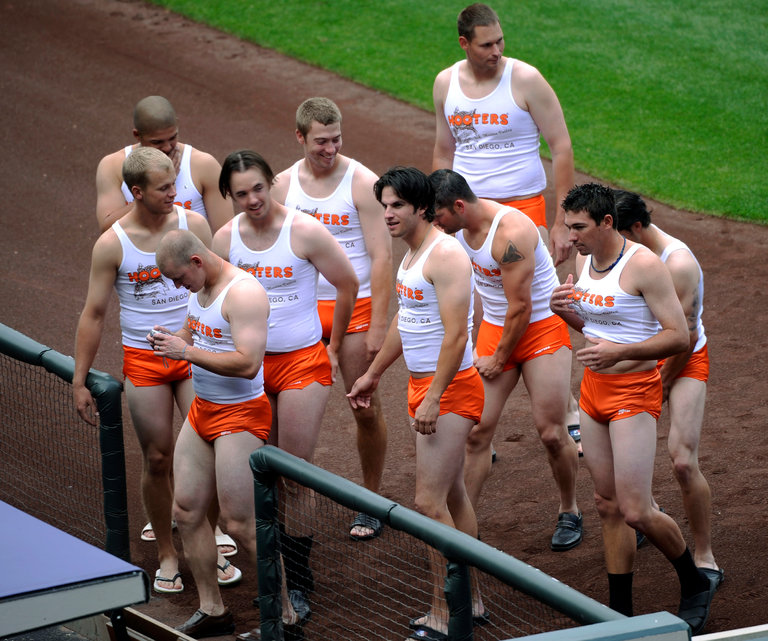 San Diego Padres rookies were dressed as staff members from Hooter’s restaurant in 2008.

The baseball hazing ritual of dressing up rookies as Wonder Woman, Hooters waitresses and Dallas Cowboys cheerleaders has been banned.

Major League Baseball created an Anti-Hazing and Anti-Bullying Policy that covers the practice and the players’ union agreed not to contest it as part of the new labor deal that was set to be ratified by both sides Tuesday.

The policy, obtained by The Associated Press, prohibits “requiring, coercing or encouraging” players to dress up as women or wear costumes that “may be offensive to individuals based on their race, sex, nationality, age, sexual orientation, gender identify or other characteristic.”

Paul Mifsud, a vice president of M.L.B., said Monday the new rules resulted partly “in light of social media, which in our view sort of unfortunately publicized a lot of the dressing up of the players.”

He added, “There’s lots of pictures of baseball players dressed up as Disney…