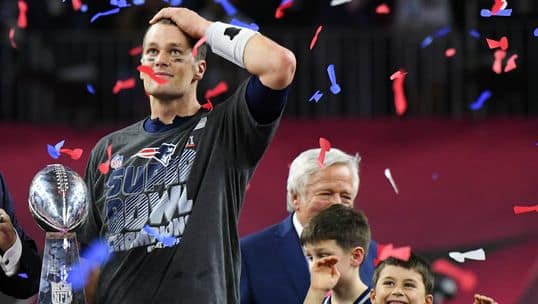 HOUSTON – The greatest Super Bowl comeback of all time pretty much began with one of the most boring halftime speeches ever.

“He cast a wizard spell over us that changed everything,” Patriots offensive lineman Nate Solder said after the Patriots beat the Atlanta Falcons in overtime, 34-28, to complete the biggest comeback in Super Bowl history.

And it worked, even if it wasn’t really a spell as much as it was a message for his players to do what they normally do. The Patriots had fallen behind 21-0 before cutting that down to 21-3 at halftime. But Belichick, the Patriots head coach, was “comfortable,” Patriots linebacker Dont’a Hightower said. “And that makes us…