You Are Here: Home → Bill Webb, Tailor of TV Baseball Excitement, Dies at 70 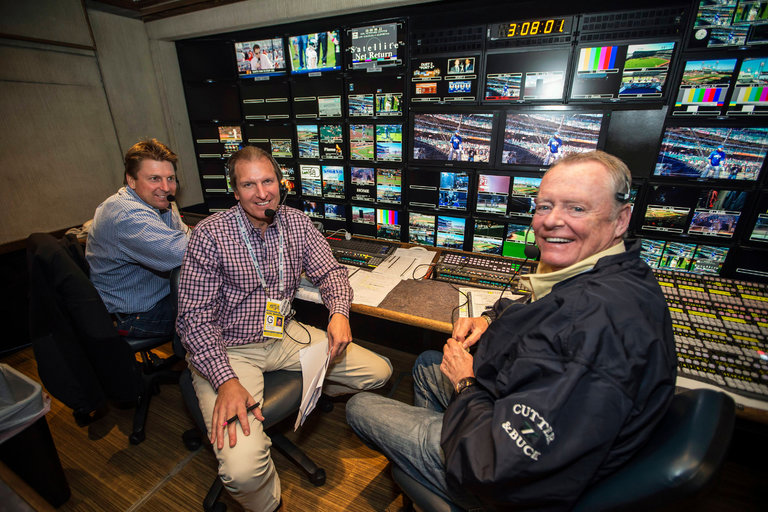 The director Bill Webb, right, the producer Pete Macheska, center, and the associate director Aaron Stojkov during the 2014 World Series.

His wife, Cynthia, said that the cause was complications from cancer.

As a director at Fox and for SNY, the local cable home of the Mets, Webb made split-second decisions as he stitched the narrative of a game from live action, replays and graphics on dozens of screens in a mobile production truck.

“Webby’s the master of being able to capture the drama in the stands and on the field,” John J. Filippelli, a former producer at Fox who is the president of production at YES Network, said last year.

And Mike Weisman, who worked with Webb as a lead baseball producer at Fox, said that Webb put viewers’ stomachs in knots with extreme close-ups of players, managers and fans, as well as by accelerating the…