You Are Here: Home → Blue Jays 5, Indians 1 | Cleveland leads series, 3-1: Blue Jays Land Blow Against Indians and Promise They Have Fight in Them Blue Jays 5, Indians 1 | Cleveland leads series, 3-1: Blue Jays Land Blow Against Indians and Promise They Have Fight in Them 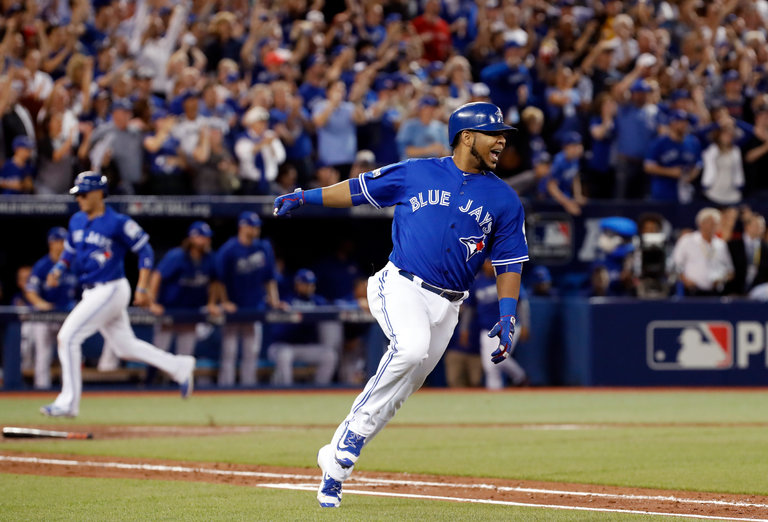 TORONTO — When the Toronto Blue Jays showed up for work on Tuesday, they felt boxed in by the dual threat of the Cleveland Indians and playoff history.

The Indians had won the first three games of the American League Championship Series, and none of the last nine teams that fell behind by 3-0 in a best-of-seven playoff series had even won Game 4, let alone the series.

Understanding the imposing odds against his team, third baseman Josh Donaldson made an impassioned speech to his Toronto teammates before the game, unleashing the emotion that underpins his play and hammering home the necessity of victory.

“I just wanted to kind of reiterate that,” Donaldson said afterward, “and let the boys know that I was coming to play.”

Donaldson hit a solo home run in the third inning and later turned in a run-saving defensive gem to help lead the Blue Jays to an unlikely 5-1 win over the Indians.