You Are Here: Home → Blue Jays 9, Yankees 0: Wild Card Is Slipping Out of Reach of the Yankees’ Experienced Hands Blue Jays 9, Yankees 0: Wild Card Is Slipping Out of Reach of the Yankees’ Experienced Hands 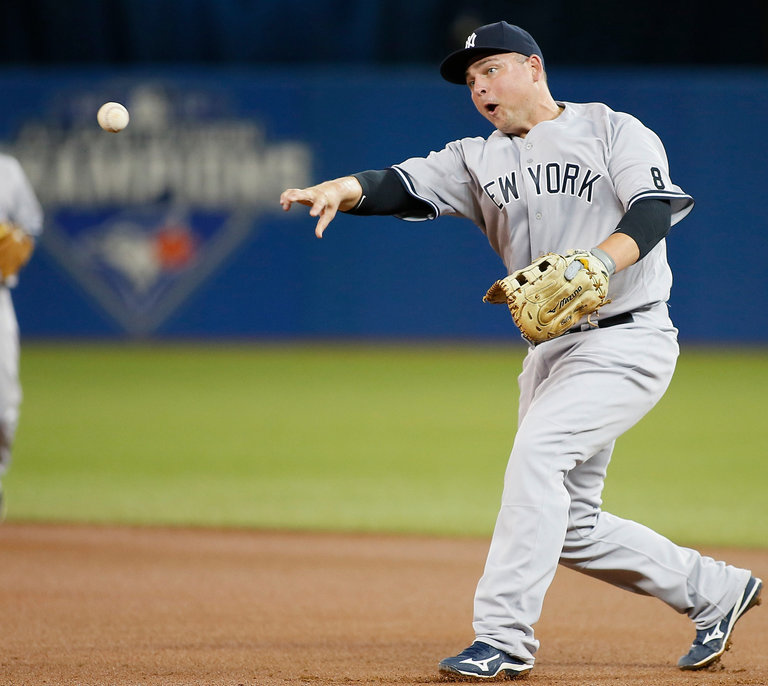 An error by the Yankees’ Billy Butler opened the way for two first-inning runs, setting a pattern of missed opportunities.

TORONTO — There was little point, as Manager Joe Girardi saw it, to assess how many wins the Yankees needed in their four-game series here to stay afloat in the American League playoff race.

Who knew whether Detroit, Baltimore, Houston or Seattle — the other teams the Yankees were chasing, along with the Blue Jays — would win or lose?

“When you start thinking bigger, then I don’t think it makes sense because you can’t predict what the other teams are going to do,” Girardi said Friday afternoon. “So just take care of yourself. Worry about today. Don’t get too far ahead of yourself because it doesn’t do any good.”

It is a reasonable approach, but it also spoke to how little use Girardi has for uncertainty and the hypothetical.

It is why Girardi so often places his faith in players with track records. Veterans have them. Young players do not, unless their name is Gary Sanchez.