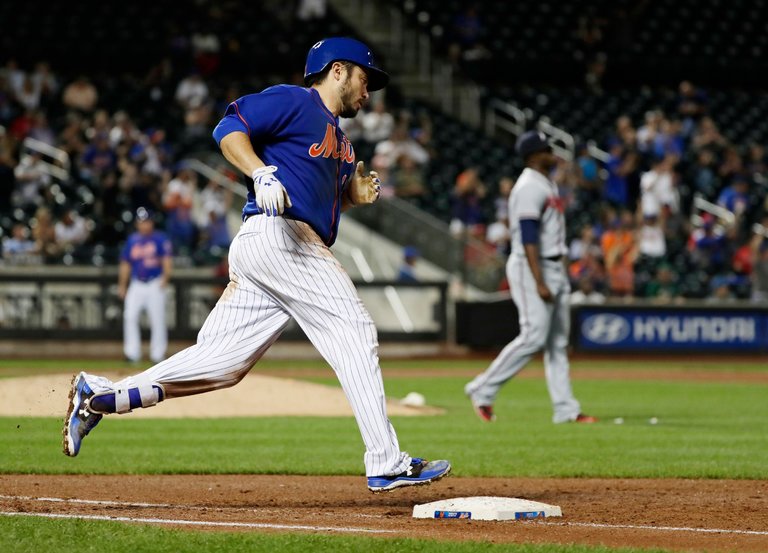 In the second game of Monday’s double-header against the Atlanta Braves, Travis d’Arnaud hit a home run in the eighth inning. It was the Mets’ 219th of the season, setting a new franchise record.

Seth Lugo pitched two-hit ball over six innings, and Travis d’Arnaud hit a record-setting homer for the Mets in a 3-2 victory over the visiting Atlanta Braves on Monday night, splitting a doubleheader.

D’Arnaud’s solo shot in the eighth inning helped the Mets rebound from a 9-2 loss in the opener. It was the 219th homer for the Mets, a franchise season record. The sparse crowd at Citi Field jeered when the home run apple did not rise after d’Arnaud’s homer, then cheered when it finally appeared three batters later.

Lugo (7-5) turned in the best performance of his career, allowing just two singles. Lugo struck out seven, did not issue a walk and retired the final 12 batters he faced as the Mets won for just the third time in 15 games.

Brandon Nimmo matched a career high with three hits in the nightcap, including a single off…