You Are Here: Home → Brewers’ Jonathan Lucroy Rejects Trade to the Indians 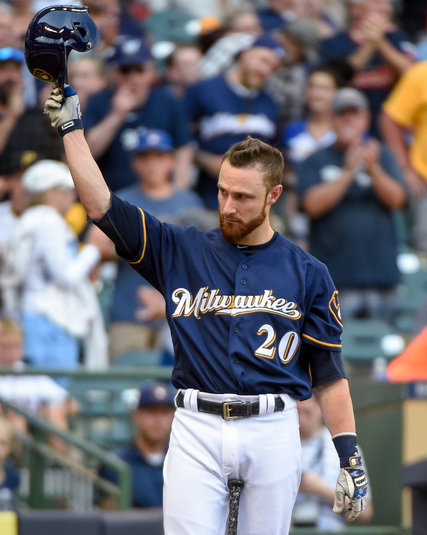 Jonathan Lucroy invoked his no-trade clause when the Milwaukee Brewers tried to send him to the Cleveland Indians.

For the second straight season, the Milwaukee Brewers hit a snag while trying to trade one of their key players before the deadline.

Brewers catcher Jonathan Lucroy blocked his proposed trade to the Cleveland Indians after the teams reached a preliminary agreement on a deal involving Lucroy, who is a two-time All-Star. Lucroy said Sunday he would not go into the details behind his decision.

“When you are dealing with life-changing, life-altering decisions like this, there are a lot of factors that come into play, mostly family,” he said before the Brewers’ 4-2 home win over the Pirates on Sunday. “The other half of that is your future in this league and your career. There are a lot of different things to take in. Whenever those things don’t line up, decisions have to be made that might be tough, but that’s the way it has to be.”

Last year, a deal fell through that would have sent Milwaukee outfielder Carlos…