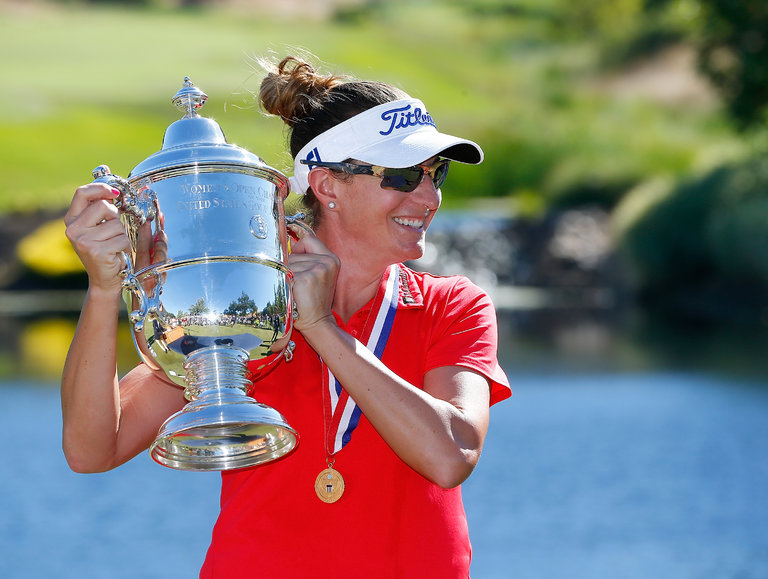 Brittany Lang after defeating Anna Nordqvist of Sweden in a three hole playoff to win the U.S. Women’s Open.

SAN MARTIN, Calif. — Brittany Lang loves the United States Women’s Open. Before this year, she had recorded three top-10 finishes in 11 starts in her national championship, including a tie for second as an amateur in 2005. Anna Nordqvist of Sweden had a more tortured history with the event, missing the cut in four of her previous seven appearances.

From such disparate places, Lang and Nordqvist converged at 282 — sharing first at six-under-par after 72 holes at CordeValle Golf Club and forcing a three-hole aggregate playoff. But as was the case in the men’s national championship last month, the finish was marred by a rules infraction that was not assessed until well after the fact.

On the second hole of the playoff, Nordqvist touched the sand in the hazard while hitting her second shot, an infraction caught on the video replay. Nordqvist, who thought she was tied with Lang going into the third hole, was not informed of…