You Are Here: Home → Brock Osweiler Traded to Browns, but He May Not Stay Brock Osweiler Traded to Browns, but He May Not Stay 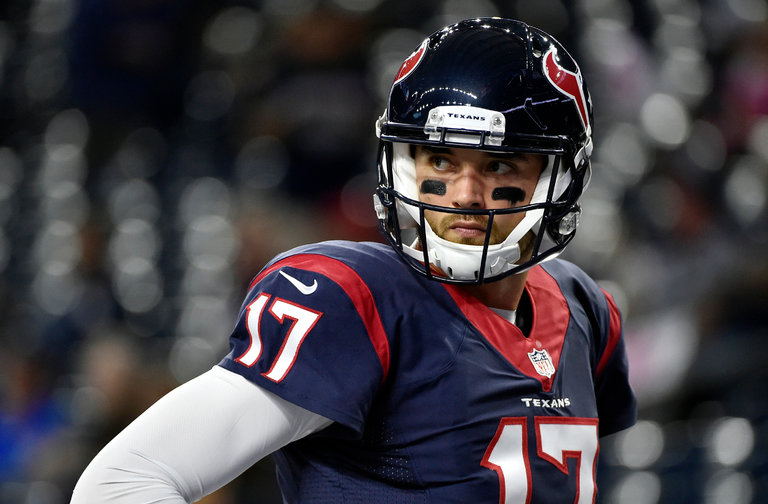 The Houston Texans announced on Thursday that they had traded quarterback Brock Osweiler to the Cleveland Browns — though it’s not certain that Osweiler will throw a pass for the Browns in 2017.

The Browns also received a 2018 second-round draft pick, according to the team’s website, as well as a 2017 sixth-round pick. Cleveland sent a 2017 fourth-round compensatory pick to the Texans.

The trade comes a little more than a year after Osweiler, 26, signed a four-year, $72 million contract with the Texans. Trading Osweiler will reportedly save the team $16 million in cash and create $10 million in salary cap space for the coming season.

The Browns, however, who have been seeking a franchise quarterback for more than a decade, are expected to trade or cut Osweiler. In a statement on the team’s website, General Manager Sashi Brown seemed to make clear that acquiring Osweiler was not the primary goal of the deal.