You Are Here: Home → Busy Schedule? Some College Football Games Give Fans More Than a Decade to Plan Busy Schedule? Some College Football Games Give Fans More Than a Decade to Plan 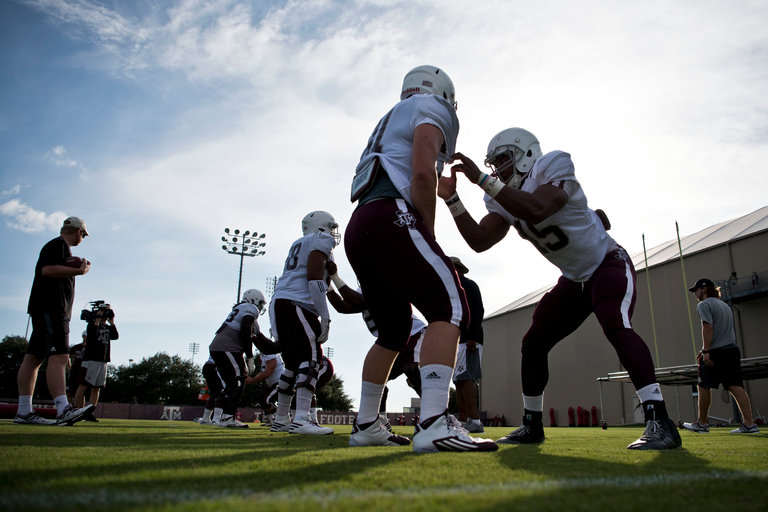 Members of the Texas A&M defensive line at practice in College Station, Tex., last week. With college teams playing only 12 games each regular season, many teams are building schedules years in advance.

Major League Baseball announces every team’s schedule each year about seven months before the season begins. The N.F.L. does it roughly five months in advance, and the N.B.A. waits until just a few months before the opening tip.

Then there is college football. For those who like to make plans 15 years ahead of time, this is the sport for you.

Several factors — including money, of course — have inspired officials at big-time football programs to plan ahead. Way ahead. They are putting games on the books that will not take place for another decade or more. Arizona and Nebraska have scheduled a game for Sept. 13, 2031, probably long after the current administrations and their successors have left each university.

“That could be three or four presidents from now,” said David Plati, an associate…