You Are Here: Home → Carmelo Anthony and Phil Jackson Meet to Clear the Air Carmelo Anthony and Phil Jackson Meet to Clear the Air 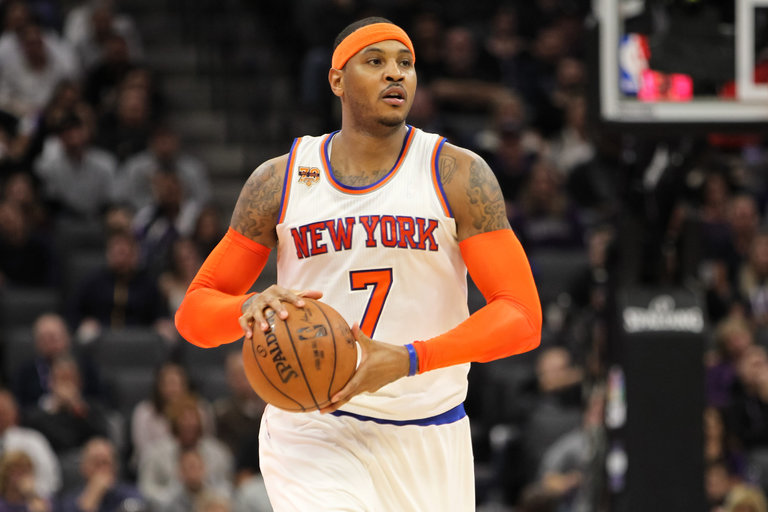 Knicks forward Carmelo Anthony on Friday night. He said he met with Phil Jackson, the Knicks’ president, on Saturday to discuss critical comments Jackson had made about him.

Carmelo Anthony and Phil Jackson met on Saturday in an effort to smooth over tension created last week when Jackson, the Knicks’ president, criticized Anthony in an interview with CBS Sports Network for sometimes holding on to the ball for too long during games.

The meeting came before the Knicks practiced in Los Angeles ahead of a Sunday night game against the Lakers, the second of five games on the team’s trip out west. The Knicks had won the first game, on Friday night at Sacramento, to improve to 13-10 on the season and have generally been a positive story this season — except for the several occasions Jackson has created turbulence with his remarks.

The disclosure that the two men had met came from Anthony, who spoke to reporters at the practice. Jackson rarely speaks with the reporters who regularly cover the team and did not do so in…