“It was hard to see,” Horford said, adding: “We need to regroup.”

Shortly after Hayward was taken off the court, the Celtics announced that he had received a diagnosis of a fractured ankle. After the game, Stevens, who also coached Hayward in college at Butler, clarified that the injury was a dislocated ankle and a fractured tibia, and that Hayward was being transported to Boston for more treatment. 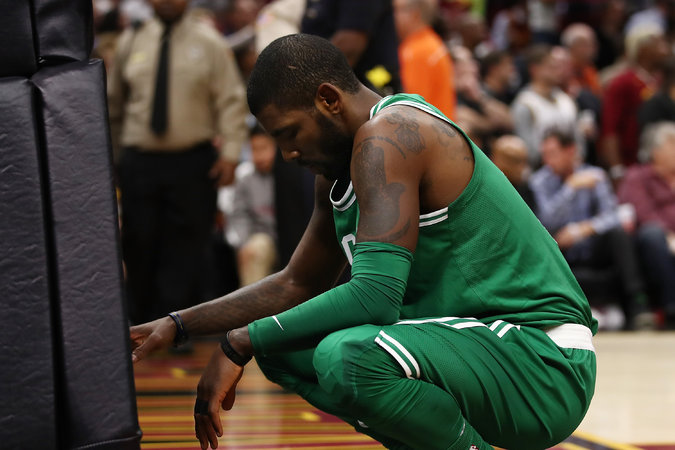 Kyrie Irving crouched on the court following Hayward’s injury. It was a pass from Irving that led to Hayward colliding with LeBron James and Jae Crowder.

Boston drastically revamped its roster in the off-season despite having been the top seed in the Eastern Conference in last season’s playoffs. Hayward was brought in as a free agent after seven years with the Utah Jazz, and Irving was added in a trade with the Cavaliers. The Celtics jettisoned franchise mainstays like Isaiah Thomas, Crowder and Avery Bradley.

Thomas, who had helped recruit Hayward to…