You Are Here: Home → Chiefs 21, Raiders 13: Kansas City Chiefs Jump to Top of A.F.C. West After Win Over Raiders 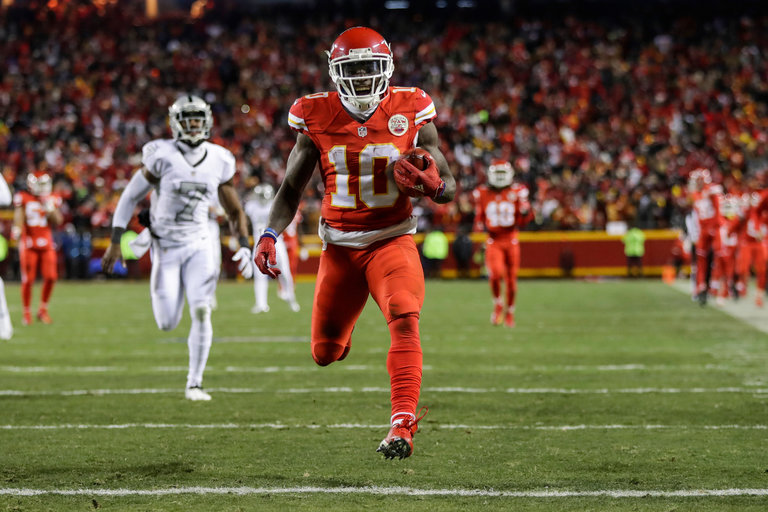 Tyreek Hill of the Chiefs scoring on a punt return in the first half on Thursday. He had two touchdowns in the game.

KANSAS CITY, Mo. — Tyreek Hill had touchdowns on a reception and on a punt return, and the Kansas City Chiefs defense made life miserable for Oakland quarterback Derek Carr in a 21-13 victory over the Raiders on a frigid Thursday night to take control of the A.F.C. West.

Charcandrick West also had a rushing touchdown for the Chiefs (10-3). Kansas City moved into a first-place tie with Oakland (10-3) but holds the tiebreaker with wins in both games between the two teams this season.

Carr completed 17 of 41 passes for 117 yards, though the poor stat line was not entirely his fault.

Seth Roberts dropped just about everything thrown at him, Amari Cooper could not adjust to a long throw for a would-be touchdown early in the fourth quarter, and several more passes were dropped to the hardened turf of Arrowhead Stadium on a night when the wind chill factor approached single digits.

Alex Smith threw for 261 yards with a touchdown…