You Are Here: Home → Chile 7, Mexico 0: Mexico’s Unbeaten Streak Ends With a Rout 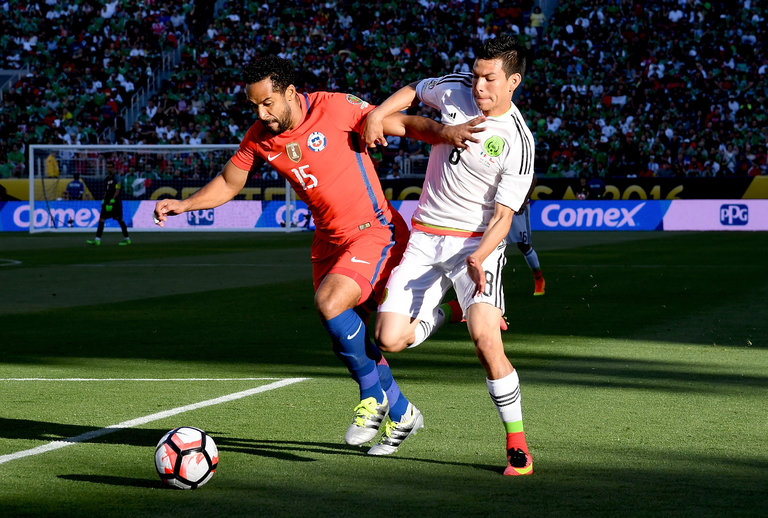 Hirving Lozano #8 of Mexico battling for control of the ball with Jean Beausejour of Chile.

Mexico’s best unbeaten streak in history ended in embarrassing fashion at 22 matches, one day shy of a year since Mexico’s last loss, to Ecuador, in the Copa group stage.

After Vargas found the net for the final time in an extraordinary display of shot-making, he jumped in the air and pumped his right fist as his shaggy hair swayed in the Bay Area breeze.

And the announced crowd of 70,547, which initially made the night feel like a Mexico home game, quickly emptied of El Tri fanatics as the clock wound down.

Alexis Sanchez had a goal and two assists, and Puch scored the bookends for Chile, starting things off in the 16th minute and punctuating the dominant night with an 88th-minute score.