You Are Here: Home → Chris Parmelee Gets Second Footnote in Yankees History 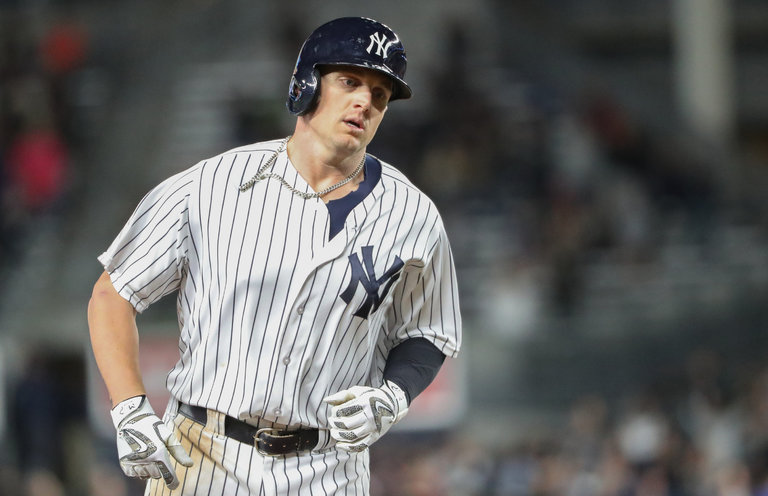 Chris Parmelee, the last out when Mariano Rivera got his 602nd save, homered twice in his Yankee Stadium debut as a Yankee on Wednesday.

But Parmelee already held a special place in Yankees lore. His first game at the Stadium came on Sept. 19, 2011, the day Mariano Rivera collected his 602nd save, setting the major league record.

Parmelee, then a rookie with the Twins, made the final out. He started at first base and, after the last out of the eighth inning, he jogged into the visitors’ dugout.

As Metallica’s “Enter Sandman” played from the Stadium speakers, signaling Rivera’s entrance to attempt to secure the Yankees’ 6-4 lead, Parmelee, out of curiosity, peeked at the lineup card. His stomach sank — he was due up third.

“I was hoping that one of the guys in front of me got a knock,” Parmelee said before Thursday’s game against the…