You Are Here: Home → Colin Kaepernick to Start at Quarterback for 49ers 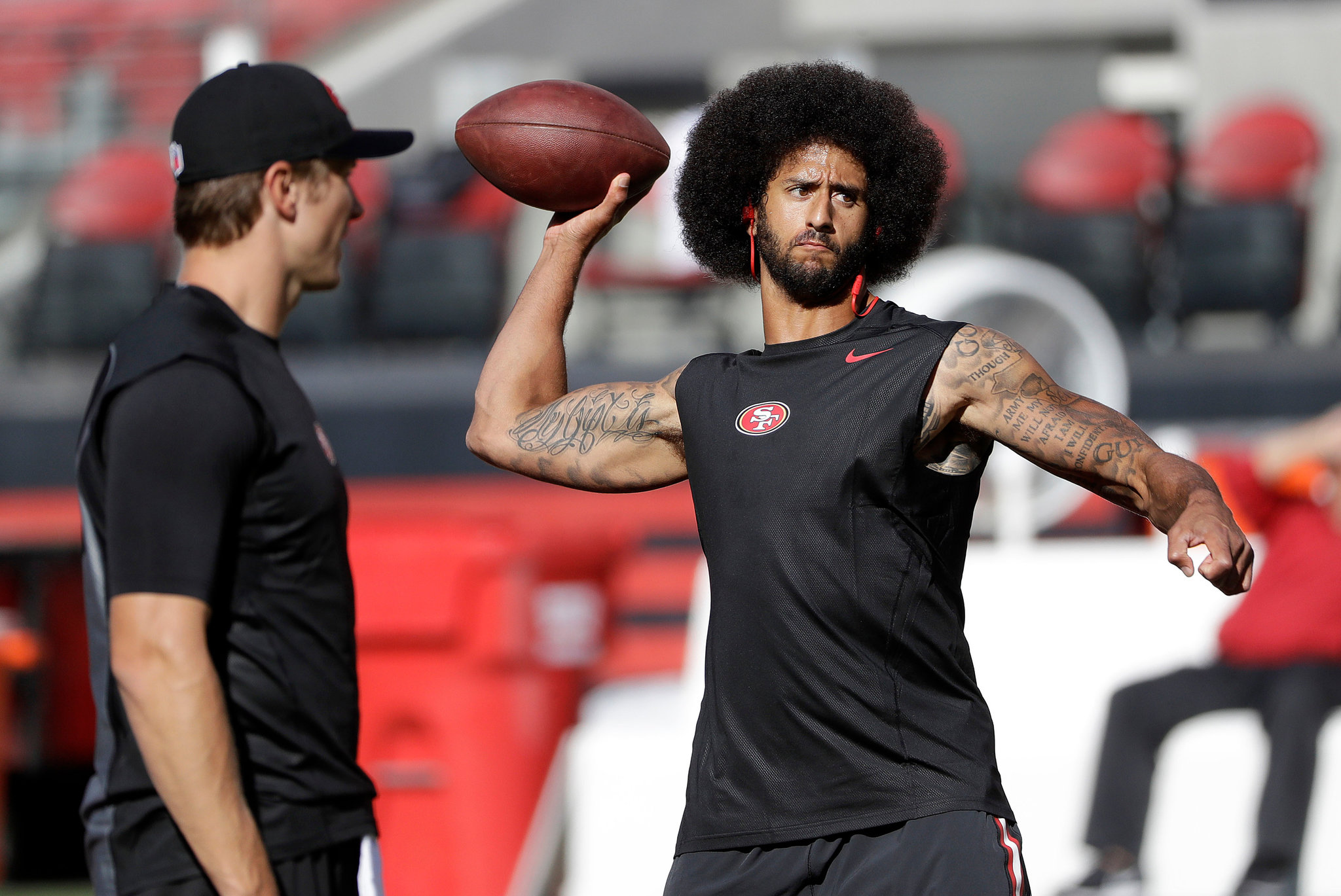 Colin Kaepernick to Start at Quarterback for 49ers 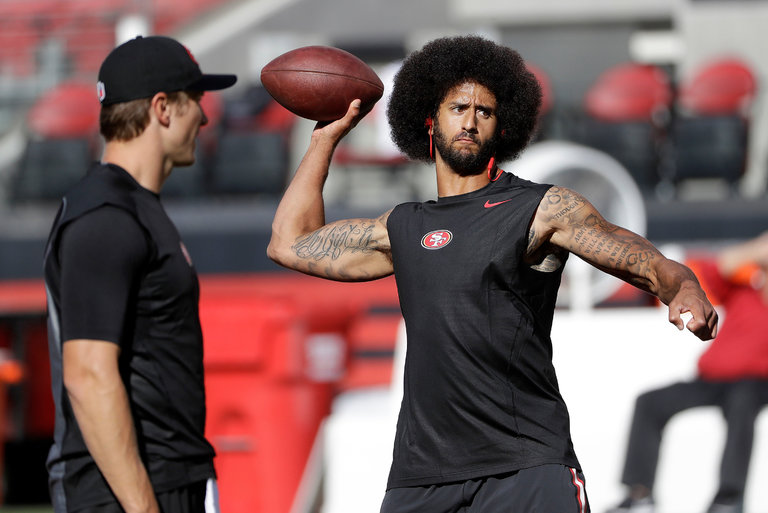 Colin Kaepernick, right, warming up before a game last Thursday, will replace Blaine Gabbert, left, as the 49ers’ starting quarterback on Sunday.

The San Francisco 49ers announced Tuesday that they would turn to Colin Kaepernick at quarterback for Sunday’s game at Buffalo.

The 49ers are off to a 1-4 start this season, and Blaine Gabbert, in his sixth N.F.L. season, has struggled at quarterback.

Kaepernick has been drawing substantially more attention than a typical backup quarterback over the last few weeks. He has been the face of a movement to kneel during the national anthem, to protest police brutality and racism in the United States. The gesture has spread to several other N.F.L. players, to college and high school teams, and to other sports.

Some have applauded Kaepernick for his stand, and others have condemned him for it. Justice Ruth Bader Ginsburg even weighed in, calling his actions “dumb and disrespectful.”

Many commentators have said Kaepernick’s protest could be a distraction to the team. Now, that…