You Are Here: Home → Conor McGregor Released on Bail After Being Charged With Assault Conor McGregor Released on Bail After Being Charged With Assault 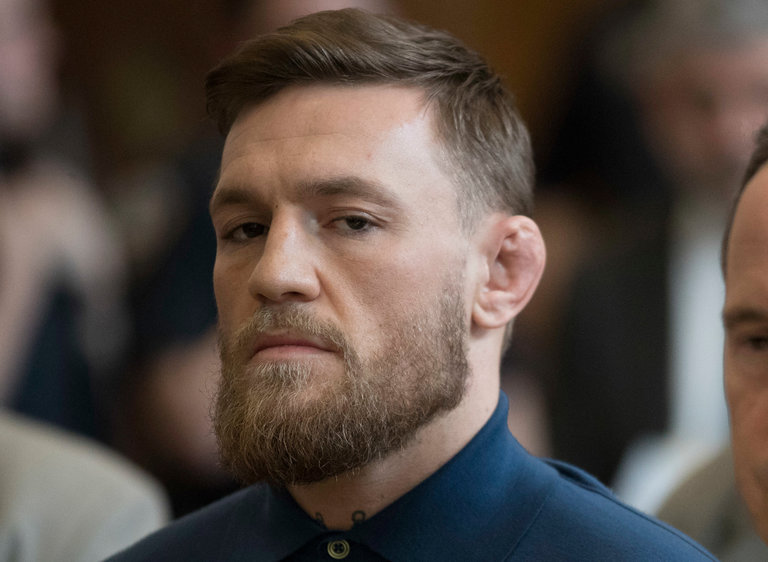 Conor McGregor appearing in criminal court in Brooklyn on Friday to face assault and criminal mischief charges, among others. Bail was set at $50,000.

The Ultimate Fighting Championship star Conor McGregor was released on $50,000 bail after being charged on Friday in connection with a backstage melee that injured two fighters and forced the removal of three bouts on Saturday night from U.F.C.’s biggest card this year.

Video footage appears to show McGregor throwing a hand truck at a bus full of fighters on Thursday after a news conference for UFC 223 at Barclays Center in Brooklyn. McGregor was not scheduled to fight in the event.

McGregor appeared in criminal court in Brooklyn, where he faced charges of assault and criminal mischief, among other related charges, according to a criminal complaint. His lawyer could not immediately be reached for comment on Friday evening. McGregor is expected back in court June 14.

Dana White, the president of U.F.C., said on Friday that he exchanged text messages with McGregor.

“It was probably the worst conversation we…