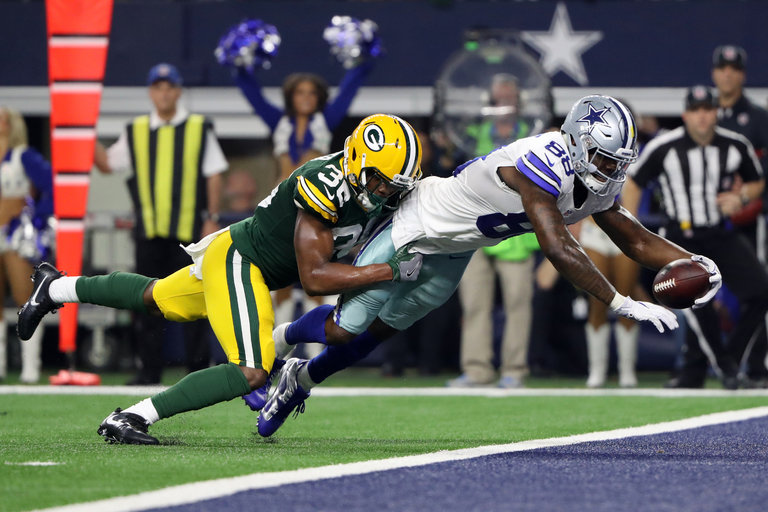 Cowboys wide receiver Dez Bryant went in for a touchdown against Packers cornerback LaDarius Gunter in the N.F.L. playoffs in January 2017.

“This was not an easy decision,” the team’s owner, Jerry Jones, said in a statement with few specifics. “It was made based upon doing what we believe is in the best interest of the Dallas Cowboys.

“Ultimately, we determined it was time to go in a new direction.”

Bryant, 29, is a passionate player known for highlight-reel catches. He was active on Twitter in the aftermath of the decision, saying: “Cowboy Nation, I need you to know this wasn’t my decision. I will always love y’all. Forever Dallas in my heart.”