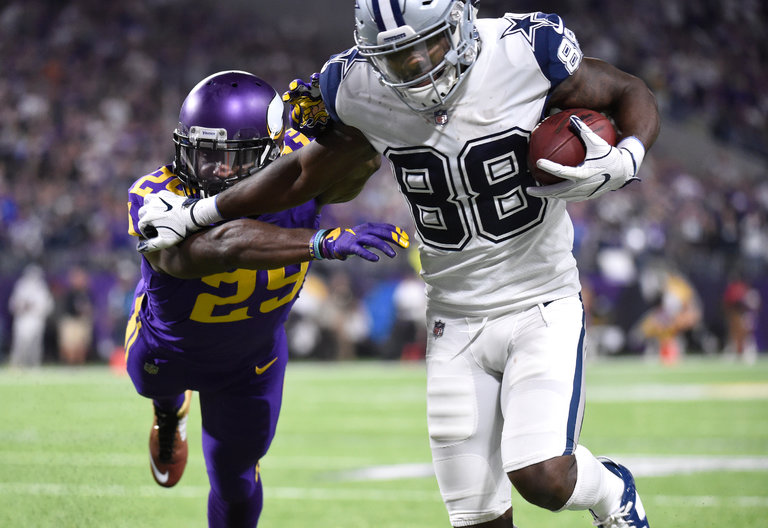 Early in the fourth quarter it seemed the malaise that often accompanies “Thursday Night Football” games might envelop even the juggernaut-like Dallas Cowboys. But a fumble on a Minnesota punt return opened the door, and Dak Prescott and Dez Bryant marched right through, leading the Cowboys to an eventual 17-15 victory over the Vikings.

In a hard-fought but error-prone game by both teams, the fumble on the punt return proved to be the key play. Minnesota had just taken a 9-7 lead and appeared poised to pile on after a defensive stand. On fourth-and-24, Dallas’s Chris Jones punted 46 yards to Adam Thielen, who tried to make something happen after catching the ball inside his own 15-yard line. But Thielen coughed up the ball as he was tackled, and Kyle Wilber recovered it at the 8-yard line.