You Are Here: Home → Cuban Defector Yulieski Gourriel Is Declared a Free Agent by M.L.B. 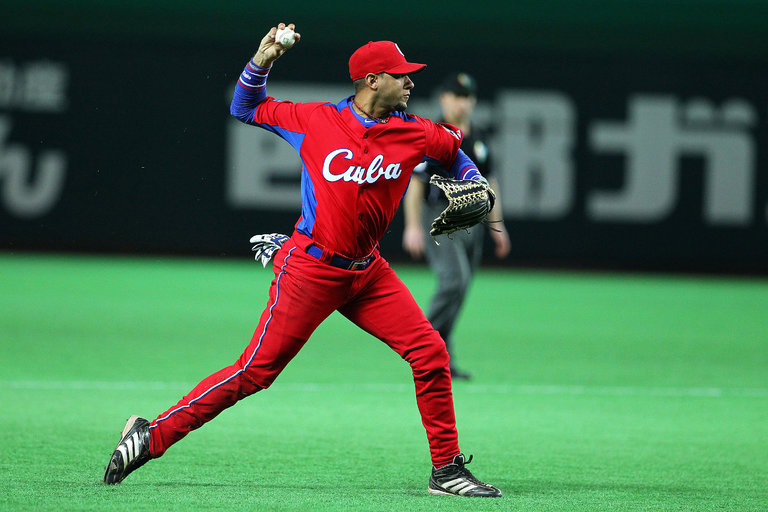 Yulieski Gourriel playing for the Cuban national team against Japan in the World Baseball Classic in 2013.

Teams needing an impact hitter this summer — and, perhaps, for the next few years — have a new opportunity.

Yulieski Gourriel, a third baseman who defected in February from Cuba, was declared a free agent on Monday. Gourriel, 32, was widely considered the island’s best player.

He is also known to be a Yankees fan, and the Yankees badly need an impact hitter in the middle of their order. The Mets are also missing several important hitters in their lineup.

One scout who has seen Gourriel but who requested anonymity to candidly share his evaluation called him “advanced” — a very good hitter who profiles as an everyday player.

But teams have had mixed results with Cuban players in recent years. Some have been bargains, like Jose Abreu of the Chicago White Sox (six years, $68 million) and the Mets’ Yoenis Cespedes, whose first contract with Oakland was for four years and $36 million.

But others have been busts so…