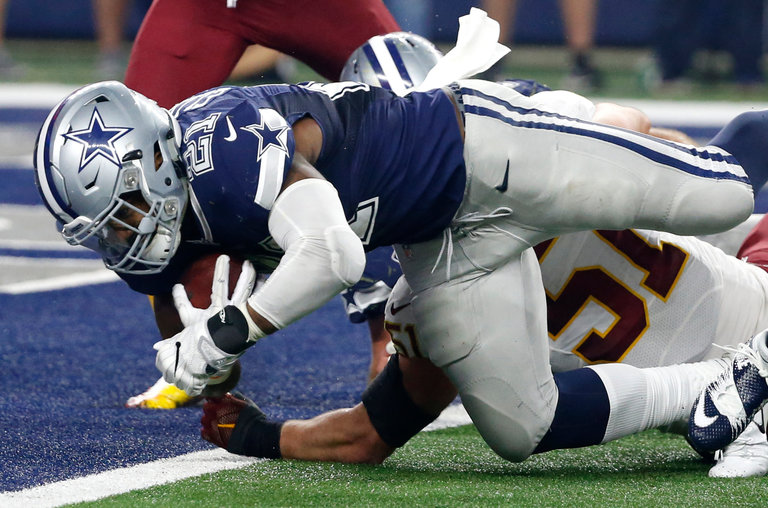 Prescott tied Don Meredith’s 50-year-old club record for quarterbacks with his fifth rushing touchdown, and the N.F.L.-leading Cowboys won despite 449 yards passing and three touchdowns from Kirk Cousins, the first Redskins quarterback to post two 400-yard games in a season.

The Redskins, the defending division champions, were swept by their N.F.C. East rival Dallas and fell three and a half games behind the Cowboys with five…