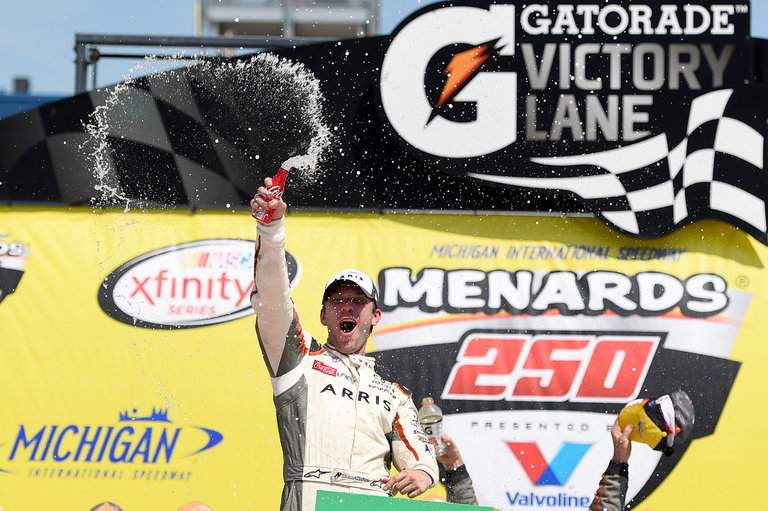 Besides learning how to race a stock car in much faster traffic, Daniel Suarez was confronted with another considerable challenge — the English language — after moving to the United States from Mexico in 2012. So he watched movies with subtitles, plus lots of cartoons.

“In cartoons, they speak slow and clear, because they are for kids,” Suarez said.

Suarez, a 24-year-old driver from Monterrey, can now say in more than one language that he is mastering his trade and American culture. By beating the formidable Kyle Busch in the final laps of a 250-mile race on June 11 at Michigan International Speedway, Suarez became the first Mexican-born driver to win a Nascar national series race.

The victory came in the Xfinity Series, one level down from the Sprint Cup Series, the big leagues of stock car racing. But Suarez, who drives for the powerful race team overseen by Joe Gibbs, the former Washington Redskins coach, now has both the Xfinity Series…