You Are Here: Home → David Villa Extends Contract With N.Y.C.F.C. 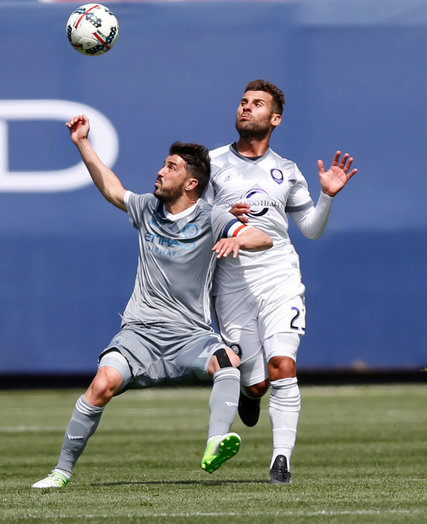 David Villa, left, will remain with N.Y.C.F.C. for another year.

David Villa, the Spanish striker who has served as the face of New York City F.C. since the club’s inception three years ago, has extended his contract with the club through the 2018 season.

Villa, 35, is Major League Soccer’s reigning most valuable player, and he leads N.Y.C.F.C. in scoring for the third year in a row. He has five goals in seven appearances this season after finishing second in the league last year, when he scored 23 times.

A productive scorer, with 46 goals in 70 regular-season appearances in M.L.S., Villa also has been one of the more durable star signings in recent league history, playing 70 of a possible 78 games since joining the league.

“I am fit and I can do things on the pitch — I’m not ready to go to the sidelines,” Villa said in a statement released by the team. “That’s why continuing here and signing this contract was a really easy decision for me.”

Villa will turn 36 in December, and his extension — even if it is only for a…