You Are Here: Home → Dembele arrives with potential to step into Neymar&apos;s shoes 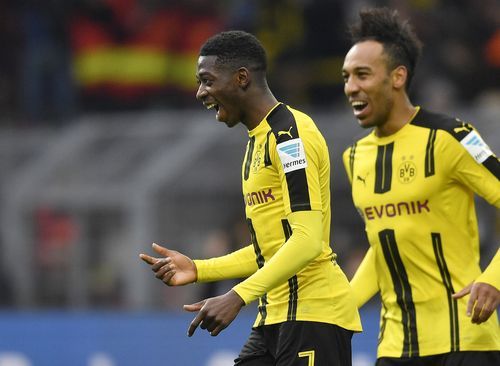 Dembele arrives with potential to step into Neymar&apos;s shoes

On Friday, he became the second-most expensive player in soccer history when Barcelona picked him to replace Neymar in a deal that could reach 147 million euros ($173 million).

The talented 20-year-old French forward suddenly turned into a star by joining the Spanish powerhouse in a transfer surpassed only by the Brazilian star’s recent move to Paris Saint-Germain.

Now the pressure is on Dembele to prove his worth and show that Barcelona did the right thing by choosing him to play alongside Lionel Messi and Luis Suarez.

Barcelona is hoping to re-establish its successful…