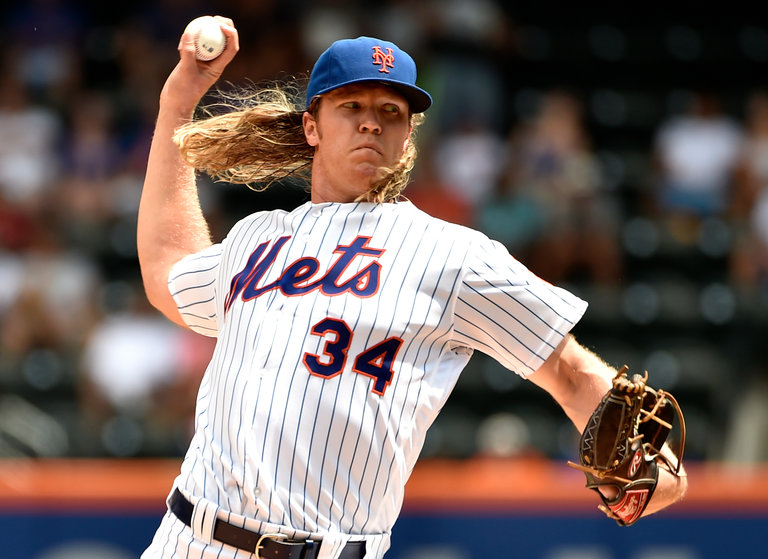 The Mets’ Noah Syndergaard completed only five innings, giving up eight hits and three runs. The Diamondbacks also stole four bases off him.

The details of what happened at Citi Field on Thursday afternoon are too ghastly to repeat. This, however, was the most salient takeaway: The Mets lost, 9-0, and fell to .500 at a time when they cannot afford to lose any ground in the playoff race.

The ugly loss capped an embarrassing three-game sweep by the lowly Arizona Diamondbacks (48-66), leaving the Mets, the defending National League champions, at 57-57. That had them worse than the rebuilding Yankees (57-56), who recently traded away some of their best players and were scheduled to play later Thursday.

Despite all their injuries and struggles this season, the Mets remain in the hunt for a playoff berth in a crowded National League wild-card…