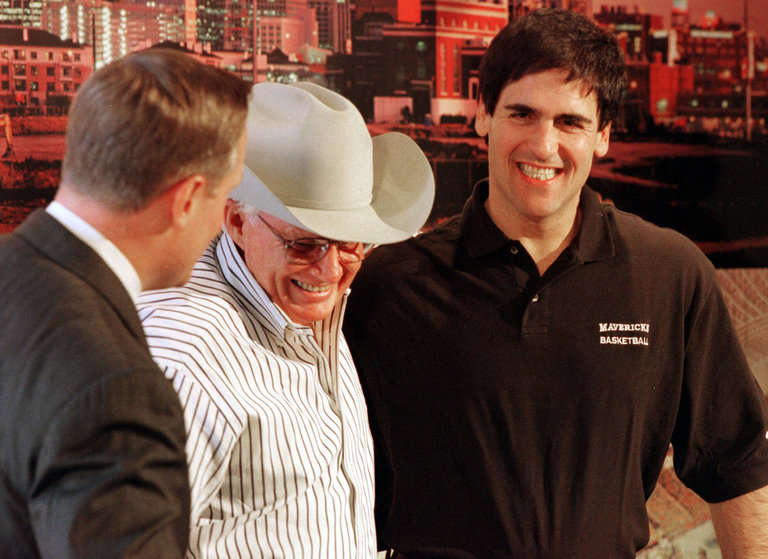 Don Carter, center, with Ross Perot Jr., left, and Mark Cuban at a news conference in 2000, when Mr. Cuban took over the Dallas Mavericks. Mr. Carter had earlier sold his majority interest to a group led by Mr. Perot but kept a minority stake.

Don Carter, who was instrumental in bringing the National Basketball Association to Dallas with the expansion Mavericks in 1980, died on Wednesday at his home in Dallas. He was 84.

The Dallas County medical examiner confirmed the death but did not specify the cause.

Mr. Carter founded the Mavericks with Norm Sonju, the team’s first president. He sold his majority interest to a group led by Ross Perot Jr. in 1996 but kept a minority stake.

The Mavericks were a model franchise in their early days, quickly becoming a contender and reaching the Western Conference finals in 1988 before losing to the Los Angeles Lakers.

When Dallas won its first (and only) championship in 2011, defeating the Miami Heat, Mark Cuban, who bought the team in 2000, invited Mr. Carter to celebrate with the team on the…