You Are Here: Home → ESPN Pulls Announcer Robert Lee From Virginia Game Because of His Name 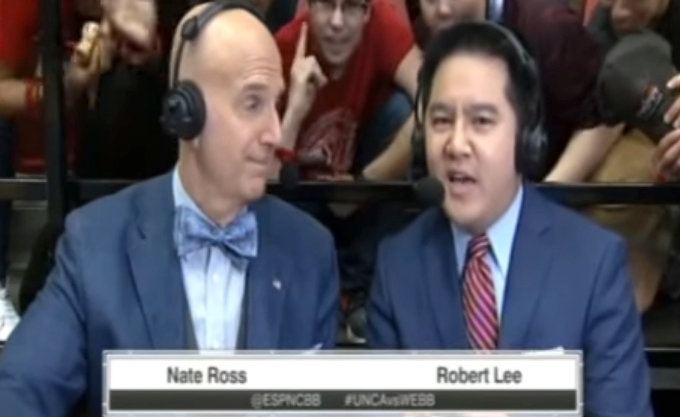 Robert Lee, right, an ESPN announcer. The network said that for his safety he would not be in the broadcast booth as planned for the University of Virginia’s Sept. 2 game at Charlottesville.

ESPN has removed an announcer from its broadcast of the University of Virginia’s first football game next month because he has the same name as a Confederate general memorialized in statues that are being taken down across the country.

The network announced late Tuesday that the announcer, Robert Lee, a part-time employee who calls about a dozen college football and basketball games a year for ESPN, would no longer participate in the broadcast of the Sept. 2 game in Charlottesville, Va., which became the center of violent clashes this month during a white supremacist gathering.

White nationalists and neo-Nazis flooded into Charlottesville, marching through the University of Virginia campus with torches, to protest the city’s plan to remove a statue of the Confederacy’s top general, Robert E. Lee.

After the violence in Charlottesville, which left one…