Head football coach Rich Rodriguez has been fired from the University of Arizona.
Wochit 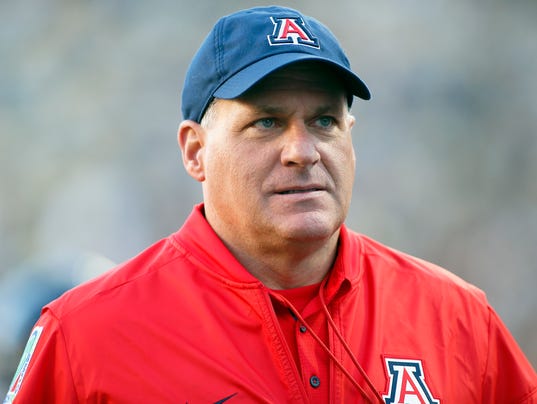 Five days before University of Arizona football coach Rich Rodriguez was abruptly fired, his former administrative assistant filed a multimillion-dollar claim accusing him of sexually harassing her and creating a hostile work environment.

The allegations included forcing her to keep secrets about Rodriguez’s extramarital affair and inappropriate behavior toward her.

The notice of claim, filed with the state Attorney General’s Office by an attorney representing Melissa Wilhelmsen and her husband, Jason, seeks $7.5 million in damages from Rodriguez and his wife.

The claim was filed Dec. 28, the day after Arizona played its last game of the year, and the day the university said that an investigation into harassment allegations against Rodriguez had been completed.

The nine-page claim by the Wilhelmsens is a precursor to a lawsuit. The…