You Are Here: Home → Ezekiel Elliott Can Play Sunday After Court Ruling 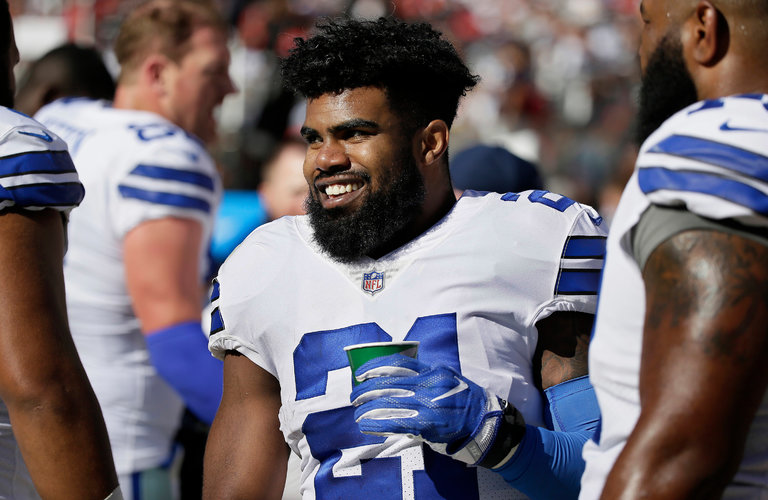 Despite a six-game suspension by the N.F.L., Ezekiel Elliott has managed to play in every Cowboys game this season.

Well, now Ezekiel Elliott — whose suspension by the N.F.L. has run into a dizzying series of court rulings — is playing again. For now.

A federal appeals court in New York on Friday morning temporarily blocked an earlier ruling and said Elliott, a running back for the Cowboys, could play, at least this Sunday against the Chiefs.

The ruling does not resolve the case, but merely allows Elliott to play while it proceeds.

Elliott was suspended by the league for six games before the season after the N.F.L. investigated domestic-assault allegations.

He was the leading rusher in the N.F.L. as a rookie last season and ranks third this year. He is a crucial offensive weapon for the Cowboys, who are 4-3 and in the hunt for a wild-card berth.

Here are all the twists and turns of the case: