You Are Here: Home → Faces Along the Way 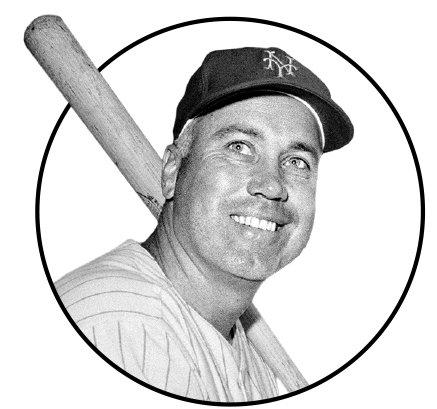 Faces Along the Way

She was a wealthy society matron who was at home at the racetrack and at the ballpark, and in 1962 she became the first owner of the Mets. She had been a minority stockholder in the New York Giants, and had even tried to block their move to San Francisco. That didn’t work, but then along came the Mets, a team whose games she would sometimes follow at the track with a transistor radio stuck to her ear. Despite all her money, she was, said the writer Frank Sullivan, “a simple, generous woman with no swank.” And all her considerable patience was ultimately rewarded with a championship.

The Mets had begun their existence with a lot of players who were near the end of their careers. So it was hardly surprising that Snider, a Brooklyn hero who had gone to Los Angeles with the rest of the Dodgers, was back in 1963 as a Met. In Brooklyn, he had been a graceful center fielder, famous for sharing that position in New York with Willie Mays and Mickey Mantle. In 1963, at age 36, he usually played right field or left. And as a Met, he hit 14 homers, batted .243 and then went to San Francisco for the 1964 season, where he ended his career amid a lot less…