You Are Here: Home → Final Three Olympic Men’s Basketball Berths Are on the Line Final Three Olympic Men’s Basketball Berths Are on the Line 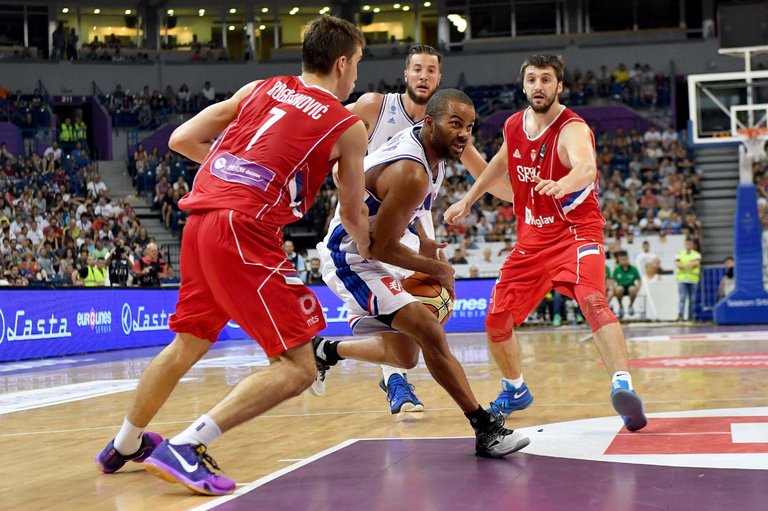 France’s Tony Parker, center, during a tuneup game against host Serbia on June 25. The Serbs won, 94-88.

Serbia and France are good enough to win men’s basketball medals at the Olympics. First, they have to get there.

The final three places in the 12-team field are on the line in the three Olympic qualifying tournaments this week. Serbia and France, which won silver and bronze medals two years ago at the Basketball World Cup, will be among the favorites to earn berths after falling short last summer.

The new format to fill out the Olympic field has 18 countries still in the running for spots in Rio de Janeiro. Six teams will participate in each tournament, and the three winners will head to Brazil.

Some teams still trying to get there are better than a few that have already qualified. Four of the world’s top 10 will be competing, including France (fifth), Serbia (sixth), Turkey (eighth) and Greece (10th).