You Are Here: Home → From a Low Point, John Isner Finds a Way to New Heights From a Low Point, John Isner Finds a Way to New Heights 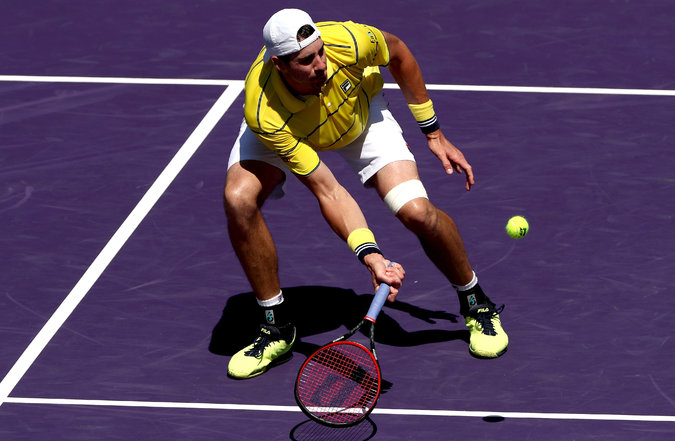 In a three-day session with his coach Justin Gimelstob, Isner worked on his footwork on forehands and his racket position on volleys.

Yet again, he had some time off to wonder what had gone wrong. But Isner was also entered in the doubles event with his fellow American Jack Sock, giving him a reason to stick around and someone to practice with and to hang around with at day’s end. Isner and Sock went on to capture the title, beating Bob and Mike Bryan in the final.

“We just kept it loose and I was able to stay in match mode, even though it was doubles,” Isner said. “It helped so much to win the tournament. I was able to get that winning feeling back.”

When Isner arrived at the Miami Open two weeks ago, he was feeling physically fortified, but still a little shaken mentally and…