You Are Here: Home → Giancarlo Stanton Tees Off on the Athletics, and the Yankees Win Again 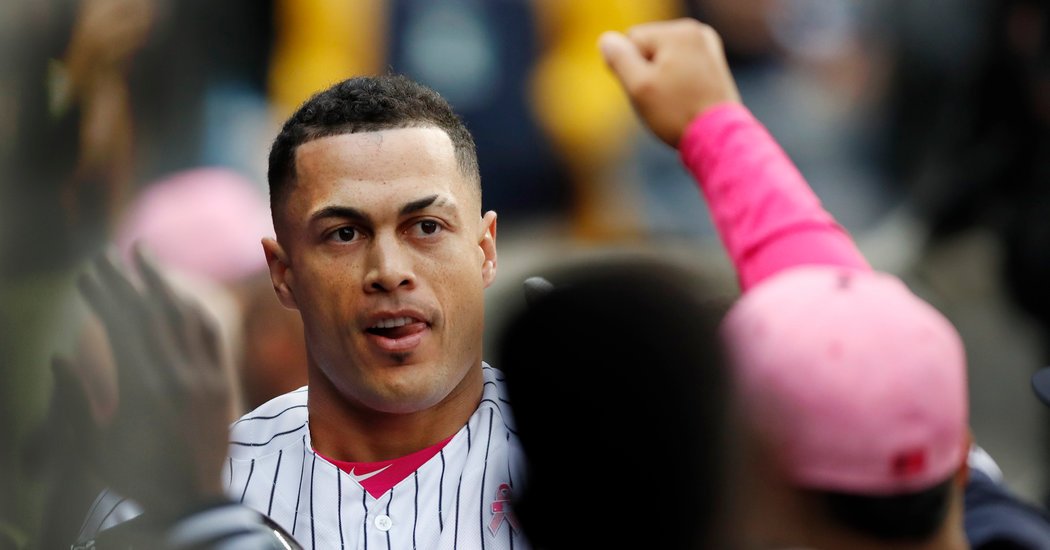 Giancarlo Stanton Tees Off on the Athletics, and the Yankees Win Again

Yankees fans have been wondering what the hold-up has been with Giancarlo Stanton. Why hasn’t he consistently done in pinstripes what he did last season for the Marlins — which resulted in a Most Valuable Player Award?

After waiting another three hours through a rain delay on Sunday, that thing they were yearning for seemed to arrive.

In the Yankees’ 6-2 win over the Oakland Athletics, Stanton gave them that glimpse, as well as a glimmer of hope that despite his slow start, he might still be able to put up the kind of numbers in the Bronx that he had in South Beach.

“Whether he goes and gets hot this week, I don’t know,” Manager Aaron Boone said. “But I don’t worry about it. Without predicting anything, one thing I’ll predict is that in the end, it’ll be massive production.”

After a rainstorm delayed the start of the Yankees’ game against the Oakland Athletics by nearly three hours, it took a matter of minutes for Stanton to begin producing — four hits, including a home run and a double, and three runs batted in.

And now, with 40 games, or roughly 25 percent of the season, in the books, Stanton’s statistics are nearly identical to where they were at this…