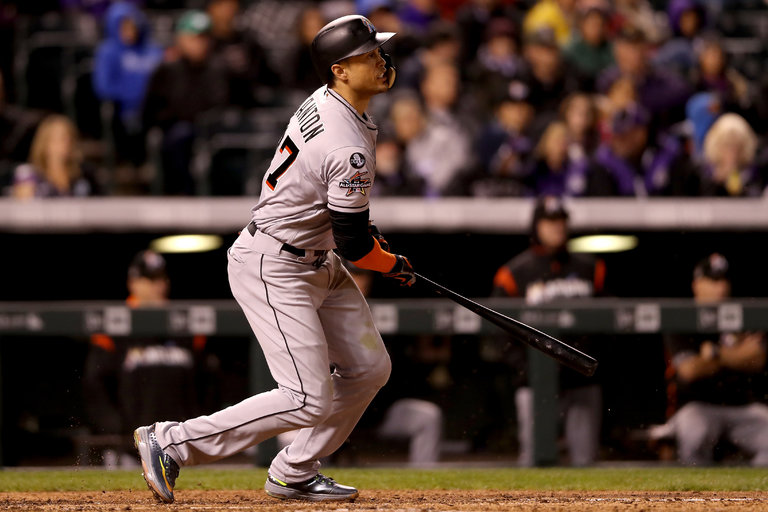 The Yankees are in the process of acquiring outfielder Giancarlo Stanton, one of baseball’s best sluggers, according to several news outlets all citing anonymous sources.

FanRag Sports was first to report the trade Saturday morning.

Stanton, the National League’s most valuable player last season, has a no-trade clause in his contract with the Miami Marlins, but it is believed that the Yankees are among the teams he is willing to go to. The trade was pending a physical examination, the news reports said.

It was not immediately known which players the Yankees would send to the Marlins in exchange for Stanton.

In 2014 Stanton signed a contract with the Marlins worth $325 million over 14 years, the biggest in league history.

The front-office executive negotiating the trade for the Marlins is a familiar one for the Yankees:…