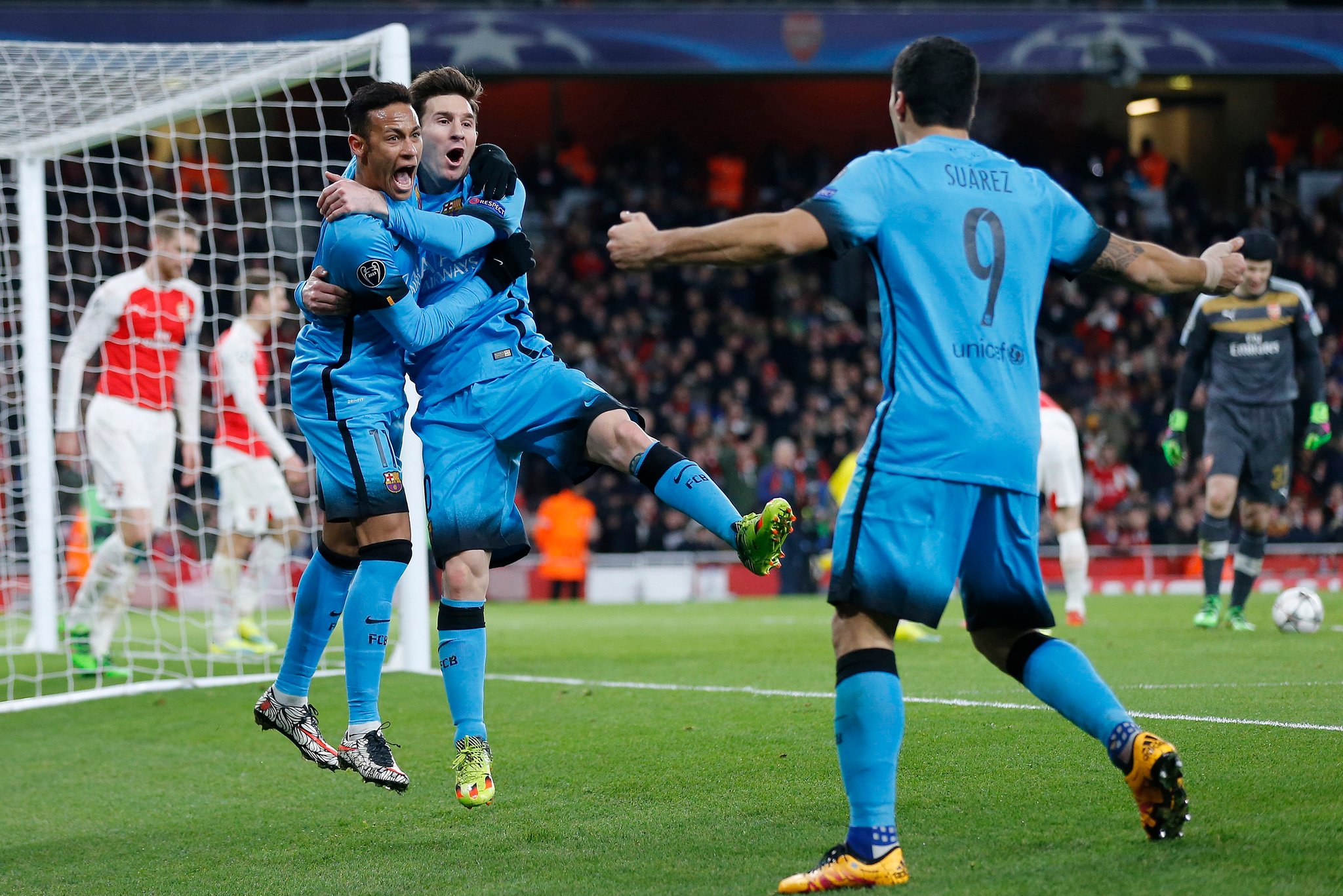 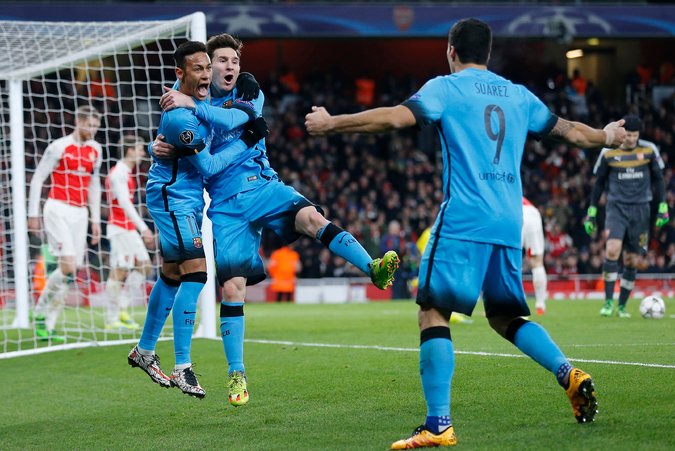 Led by scoring from the front three of, from left, Neymar, Lionel Messi and Luis Suárez, Barcelona is on the verge of breaking the Spanish record for most consecutive games without a loss.

LONDON — When Barcelona came from a goal down to beat Sevilla at the Camp Nou on Sunday, it had to work harder for a home win in the Spanish league than it did in its victory at Arsenal a few days earlier in the Champions League.

Barcelona’s president, Josep Maria Bartomeu, said this is what he wants.

His club is on the verge of breaking the Spanish record for most consecutive games without a loss. Sunday’s win tied the record of 34 matches set by Real Madrid in 1989-90. On Thursday, Barcelona can break it when it travels to Rayo Vallecano, and three days later it will play at Eibar in the Basque region.

These are teams that F.C. Barcelona, with its phenomenal front three of Lionel Messi, Luis Suárez and Neymar, are expected to…